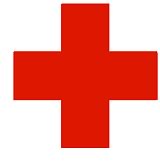 With Antonio Chatman ending his season on Injured Reserve, and Chris Henry playing so terribly since his Mike Brown early Christmas resurrection, what's left of the Bengals passing game beyond Chad Johnson and T.J. Houshmandzadeh? Glenn Holt and Andre Caldwell (who just recovered from his own injury); Jerome Simpson is still hurt, and unlikely to play Thursday. On the practice squad ranks are Mario Urrutia and Maurice Purify.

Three's a company? It's a freaking party. With Levi Jones and Andrew Whitworth declared "out", the Bengals will turn to Anthony Collins at left tackle and Scott Kooistra at left guard. Kooistra is out also. Seriously? Thursday night, the Bengals will have two guys starting on the left side of the offensive line that's never started. Inexperienced be damned, says Nate Livings, expected to start at left guard. "I've been playing this game all my life. It's what I do. Ever since I was nine, 10 years old. To me, it's no different than that," said Livings before Wednesday's practice. "I think that's where people go wrong. They put too much (emphasis on inexperience). Yes, it's the NFL. But it's my job. I come to work every day and that's how I look at it."

What's the tally on injury? Chris Crocker looks to get a start after Chinedum Ndukwe was declared out, one of nine players out. Three offensive linemen, three players on their way to IR (if you include Carson Palmer), and two defensive ends, Eric Henderson and Antwan Odom. Starting cornerback Johnathan Joseph also missed practices this week and is listed as questionable.

TUESDAY: Not including Antonio Chatman and Carson Palmer, declared out already, the Bengals had eight players sit out practice for various elements on Tuesday; three linemen and two starting defensive backs, more notable. Levi Jones and Andrew Whitworth figure to be out, meaning Anthony Collins will make his first start alongside Scott Kooistra, if his presence on the injury report with a "knee" is only for rest.