There's something called the Internet Archive -- or the Wayback Machine -- that archives websites dating back to 1996, caching them, and displaying them to the primitive designs. So I did a search on CincyJungle.com, before it's massive redesign, to show some of you noobies how far this site's design has come.

Nostalgic, what did the old Bengals.com sites look like? 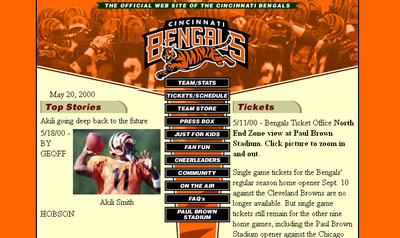 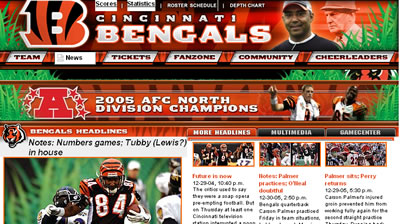