Six-Pack of Hu-Dey: Bengals rookies, offensive line and beating the rest of the schedule

Share All sharing options for: Six-Pack of Hu-Dey: Bengals rookies, offensive line and beating the rest of the schedule 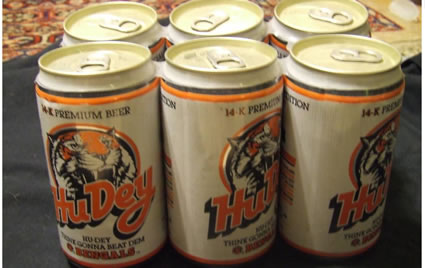 Chase Coffman's debut is more than just about being a receiving tight end.
All things considered, this year's rookie class has been a solid group of contributors to this football team. Players like Michael Johnson, Morgan Trent and Bernard Scott have improved the team's depth as backup and role players while Rey Maualuga and Kevin Huber already have a handful of starts underneath their belts. However, one high profile player who's being demanded by fans, and questioned by the media, is growing in urgency after an inconsistent run of critical errors by the Bengals tight ends in the past month.

With the Browns and Lions coming up, it makes sense to throw Chase Coffman into the fold. We're not talking as starters. We're not really talking about guys that will play half of the offensive snaps. We've read that Coffman is still struggling with his blocking technique. And if Coffman isn't going to be playing the bulk of the offensive snaps, then he'd at least have to contribute on special teams. Marvin Lewis has already said that he has to do one or the other. Block. Contribute on special teams. While the demand for Coffman is justified, loud and unified, he's going to have to do more than just catch passes in this offense.

Could Andre Smith's debut be coming after Scott Kooistra was released?
The idea is that the team's offensive line has performed far better than expectations. And quite bluntly, Smith isn't needed right now. With Anthony Collins and Dennis Roland playing right tackle, they've managed to do their job well enough to give Smith time to grow at his own rate. They did the same thing with Carson Palmer in 2003.

Here's food for thought. The Bengals released Scott Kooistra on Tuesday. He was active on game day. This could mean that Smith makes his NFL debut against the Browns in jumbo formations as the third offensive tackle?

It's the offensive line's performance that deserves the award for best team turn-around in 2009.
One of the biggest concerns coming into this season is how well would the offensive line improve. Last year's offense averaged 4.0 yards-per-play and 3.6 yards-per-rush. Bengals quarterbacks were sacked, on average, 3.2 times per game. Many, including me, criticized the offensive line. The demand to draft an offensive tackle in the first round was answered with Andre Smith.

They also promoted Kyle Cook as the starting center while electing not to sign Eric Ghiaciuc (best offseason move). After starting the final six games last year, Anthony Collins and Nate Livings impressed the coaches enough to keep them on as starters -- ironically, they've both been demoted as the year went on by Dennis Roland and Evan Mathis respectively. Andrew Whitworth moved back to his natural position at left offensive tackle.

They've cut the sacks allowed per game by half (1.7). Cedric Benson and Bernard Scott are averaging 4.2 and 4.3 yards-per-rush respectively and the offense's overall yards-per-play improved by 1.2 yards.

I think the defense is a great argument for best turnaround by a unit, but we had already known that they were improving at the end of last season. We had no idea what to expect with the offensive line heading into the season.

If Cedric Benson is out against the Browns, Larry Johnson's role should be expanded.
Bernard Scott has proven that once he builds endurance as a feature back, he could have even more potential; especially if he builds his strength to run between the tackles. Brian Leonard can fight for that extra yard as well as any running back on this roster. But Larry Johnson should have an expanded role against the Browns.

I understand the points that he shouldn't even be on the team. The reality is, he's here and the team should have enough confidence in his knowledge of the playbook to give him more than the two carries for five yards he rushed for against the Raiders.

Without Benson, the Bengals don't have a workhorse. And between Johnson, Scott and Leonard, the Bengals could have a three-headed beast, all of whom have different abilities and fresh legs. The stretch run is appearing to shape up nicely for the Bengals rushing offense -- especially when Benson makes his return.

The Bengals can beat the Minnesota Vikings... but the San Diego Chargers?
First things first. The Bengals have to beat teams that they should beat. If they don't, then don't be surprised if they miss the playoffs after a 7-2 start. With that thought in mind, the Bengals could be assured four wins at least, with tough games in Minnesota and in San Diego. This alone would give them double-digit wins for the first time since 2005. Provided they don't do what they did against Oakland, the Lions, Browns, Chiefs and Jets are games that the Bengals should win.

And I think Cincinnati will be tough as nails against the Vikings or Chargers. We might play down to the competition this year (like the Browns or Raiders). But we also play up to the competition. I think the Bengals chances of beating the Vikings are very good. We're a tough rush defense that can pressure the quarterback with tremendous cover cornerbacks. Offensively, we can wear down any defense, provided we do it unpredictably.

And it's not like I put the Chargers on a pedestal that I don't think they'll beat them. But we know how the Bengals do in the state of California. So I'm going on a limb. Bengals beat Vikings, but struggle against the Chargers.

The Bengals and Shayne Graham should move on after this next season.
Let me preface this. Shayne Graham has been a great person for this community. His charity has raised a lot of money and "resources to under served children and other charitable initiatives. Our mission is to lend assistance to those in need and be an organization that makes a lasting impression, empower those who want to make a difference, and strengthen communities."

And for six straight seasons with the Bengals, Graham has converted at least 83.3% of his attempted field goals.

This year Graham is on pace to record a career-low 70.6% of his field goals. Has already more blocks in one season (3) than he did his entire career coming into the season (2). However, it hasn't been entirely his fault. Brad St. Louis was in large part the problem with Graham's lack of success, making terrible snaps that, at the very best, caused Graham to stutter on his approach to the football.

Regardless, Graham has missed a field goal in five of ten games this season, including a missed 37-yard attempt that would have given Cincinnati a 7-point lead with 5:41 left in the third quarter. Furthermore, after Robert Geathers recovered a fumble and returned it 38 yards, Graham did convert a 25-yard attempt. However, if the missed field goal was converted, that's a 10-point lead.

I think Graham has done a lot of great things for this city and this team. But after season, with Graham hitting the free agency market, I think the Bengals should say farewell.