Share All sharing options for: Say Buh-Bye to Stacy Andrews 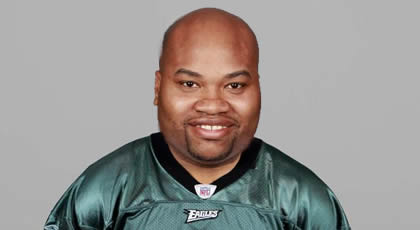 For a team needing offensive lineman, was letting Stacy Andrews and his repaired ACL go to the Eagles a good thing?  Andrews still has to pass a physical; but, provided that happens, he'll be playing for Philly next season.

The Bengals had been trying to sign Andrews to a long-term deal for the last three years, but were unable to reach one. Andrews is projected to become the Eagles’ new right tackle. He will also join his brother, Shaun Andrews, who is an All-Pro right guard in Philadelphia.

How is this a good thing for a team that desperately needs an offensive line? Before the draft, the thinking was concentrate on the Center and LT position. Now Cincy needs help at the RT position too.

Is the upcoming draft going to be nothing but O-linemen?