Rey Maualuga spent Friday morning in a Kenton County jail after being arrested for "drunken driving and careless driving".

Maualuga was arrested at 1:45 a.m. after officers responded to 634 Scott Street for a report of a traffic accident, according to Covington Assistant Police Chief Spike Jones.

Police determined that Maualuga was the driver of a 2003 Pontiac Sunfire with Ohio plates that struck two vehicles and a parking meter, Jones said. Two female passengers who were with Maualuga were released without being charged.

Maualuga is expected to appear in Kenton County District Court for a video arraignment on Friday morning.

UPDATE: TMZ obtained a photograph of the crash Maualuga was involved in Friday morning.

According to the police report, Rey told cops he had "about six Captain and Coke drinks" earlier in the night. The report also states that Rey blew a .157 on the breathalyzer -- nearly twice the legal limit. 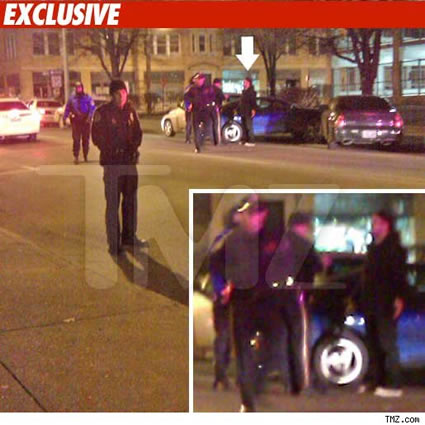