Share All sharing options for: Captain Of The Tailgate: Keeping Planet Bengaldom Warm

Since the Bengals won't have the luxury of displaying their 2-7 talents to fans sitting at home with this weekend's game blacked out, they will still have a few fans that bought tickets for Sunday's game, doing what crazy fans often do. And in some cases, those crazy fans will stand outside when temperatures aren't even expected to be above 40 degrees until 11:00 A.M. Even so, as the games close into December, our Sunday mornings will only irritate people that hate wasting gas because the frost on the windshield gets progressively thicker.

So this week we're going to talk about staying warm. Some will have RVs to warm up between chattering teeth; but not every has an RV. Others will do more sensible things like dress in layers, bring a char grill, eat hot foods, put up a canopy to break the wind or drink less beer. Well, "drink less beer" sounds like a foreign language. Even a select few will bring blankets. But really, that's more for the ladies because the majority of guys have toughness to prove outside of a tailgate just before an NFL game. You could always use the Stadium Pal Portable Urinal for Men and enjoy the warming sensation down your left calf. You could throw the football around, but if you're not wiping out the sand of sleep from your eyes after a three-hour snooze, then you're just too damned old to act upon the spirit of Boomer Esiason flowing through your veins on this fine frost-filled Sunday morning.

But you have to stay warm. You can't go into hypothermia just before the game; though all things considered, you ponder what could be worse -- watching the Bengals lose, or having your big left toe amputated because you refuse to throw away your lucky socks. Hell, you'll even trail the wife on laundry day just to make sure her malicious attitude towards your lucky socks doesn't end in tragedy with a can of high flammable aerosol and a lighter, reducing you into a sobbing mess watching your lucky fuzzies burn away like Kenny's soul reaching heaven just in time for a war against hell with a golden PSP.

You ponder, how can I avoid losing my lucky socks? Sure, you could always throw together a layer of socks, but then your lucky socks are no longer valid because of invading other socks. What worse scenario could exist than having a lucky pair of socks clash with an unlucky pair of socks? It would be like the universe finally reaching it's peak, pulling back together into the Big Crunch. Could you live with yourself? Well, at least the Bengals won't lose anymore. Touche.

Let's go a little more practical. Portable heaters are as cheap as they've ever been. The Heat-N-Go Portable Heater is easily constructed within 10 minutes without any tools required, provides over 20 hours of heat. The Big Buddy Portable Heater pumps out 18,000 BTUs an hour and heats up 400 square feet for up to 220 hours. The Reddy Heater 55,000 BTU heats up to 1,150 square feet and runs for 14 hours. There's no odor and your proudly produced expulsion of gases through the rectum (think revenge for the murder of your lucky socks) never have to do battle for freedom. There's a matchless ignition, so no more annoying instructions about working with machinery while totally inebriated. This is always a great option if you want heat up Earth.

All of these heaters use Propane, so you'll make him happy. 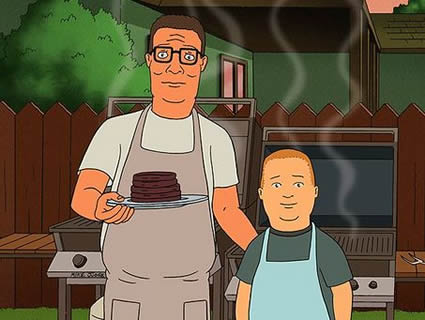