Captain Of The Tailgate: Your Cooking Duties Have One Less Reason To Be Interrupted

Share All sharing options for: Captain Of The Tailgate: Your Cooking Duties Have One Less Reason To Be Interrupted

A tailgate master is like a sheriff of a small town near a mountain region. It's the type of town where people actually wave to each other, not just out of courtesy, rather because you actually know their name. And instead of giving you a mile high salute, calling you sheriff, they might call you Bob. Because Bob seems like a rather common name for a small town sheriff near a mountain region. Or maybe Jack. But really, isn't Jack a little over used, especially amongst protagonists and heroes?

However, as a tailgate master, you're technically the master architect. Your influence is great, broadcasting amongst thousands of people. Based on the quality of your food, you can make people happy, even invite new friends over because of your tasty hot dogs, your succulent burgers or, if you're really hardcore, a roasted pig the size of an original hummer. Yet, you hate disappointing people. You hate to walk away, forcing people to stand uncomfortably in line as if they were at the BMV while you take care of some business. And we don't mean business while working for Tony Soprano. Or a more realistic comparison, the government.

Yet, life turns into a first class prick sometimes when it decides to expand alcoholic beverages in your bladder, forcing you to care for said business. Rather than disappointing a mountain of fellow fans, as if you were the only source for food inside one of the world's remaining safe havens during a zombie apocalypse, why not just go, right there, right now. 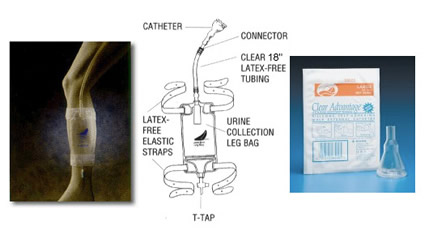 The Stadium Pal Portable Urinal For Men allows you to take care of said business comfortably without someone next to you even knowing that you're freeing yourself from the oppression of limited bladder durability, serving the hungry zombies that wait inline while drinking cheap beer. They'll never know why you had a sudden look of awesome relief on your face, though that would be totally awesome to see their reaction. They may suspect, but would they actually ever ask you what that was about? Perhaps. That's when you tell them you had a memory of a terrorizing block by Anthony Munoz, the greatest Bengals offensive lineman of all-time. Every Bengals fan is happy. Love is in the air. Tribal dancing commences and we all sing "We Are The World" very awesomely.

It's easy to put together and even easier to clean all for a low cost. So while you're master of the tailgate, feeding an entire population that could fill up the population of a small mountain town, know that there's now nothing that could possibly take you away from your duties as "the man". Except maybe a zombie, but leading scientists say that they don't come out until Monday mornings.