The Bengals are still interested in Adam "Pacman" Jones?

In early February the Bengals signed Matt Jones, who didn't play in 2009 after being released because of a failed drug test, which violated his probation. Around that time, the Bengals expressed interest in Donte Stallworth (before signing Jones) and worked out cornerback Adam "Pacman" Jones. Talk about a lineup. I know. Right? Jones reportedly had a really bad workout, Stallworth signed with the Baltimore Ravens and Pacman Jones has worked out for some NFL teams but serious interest is somewhat limited.

Ray Savage, agent for Pacman Jones, says that several teams are interested. They include the Detroit Lions, the San Francisco 49ers and the... Cincinnati Bengals?

Granted. This is probably a play by the agent to increase Jones' market value -- which is hitting rougher waters than Al Gore's endless pursuit of Manbearpig. 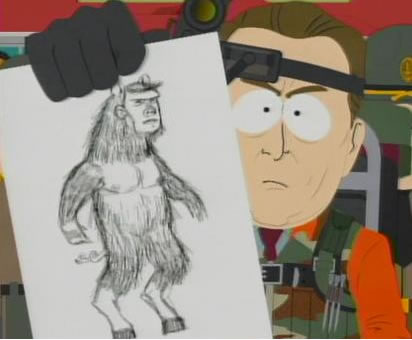 And the "interest" probably goes back to when the team worked Jones out in February and Savage -- albeit wisely -- kept Cincinnati in his list of teams that were interested. No contract was offered when he left Cincinnati and the words "Pacman" and "Bengals" haven't been spoken in the same breath until today.