The third pick in the inaugural edition of the Cincy Jungle Mock Draft is brought to us by member patrick6h, selecting for the Tampa Bay Buccaneers. His explanation for the pick is after the jump. Thank you for your participation patrick6h.

With the third pick in the 2010 Cincy Jungle mock draft, the Tampa Bay Buccaneers select...

If you watched any Tampa games this past season, you could realize they had a lot of problems yet their biggest by far and away is the run stoppers. In a division filled with Michael Turner, DeAngelo Williams, Jonathan Stewart, and Reggie Bush you need a DT to anchor to the line. Besides McCoy being the BPA is just a plus. McCoy will finally be the replacement for lost Pro Bowler Warren Sapp, the only real difference McCoy is the definition of a team player, great character with no trouble issues. McCoy will stuff HBs in the backfield, cause the QB to scramble out of the pocket and demand a double almost every play. 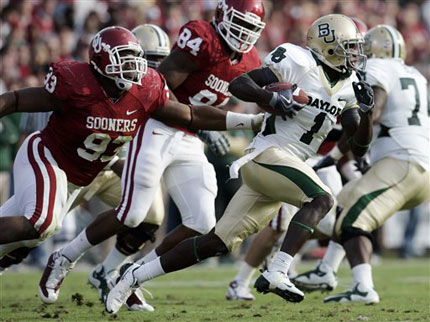