The Road To Super Bowl XLV

Share All sharing options for: The Road To Super Bowl XLV 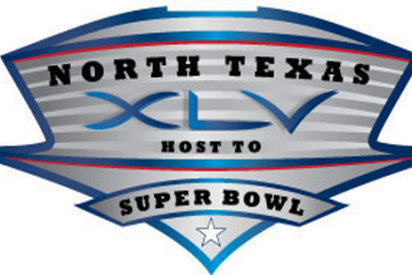 The road to the Super Bowl is a long and arduous path. It begins in the blazing summer sunshine of August and ends in the frigid northern winds of February. Along it, players, coaches, their families and their fans, will experience a multitude of feelings that range across the entire emotional spectrum and culminate into a blissful apex of accomplishment. I would think a sweeter nectar cannot exist for the football minded.

That is, of course, only if your team is the one on such a journey—otherwise it's all bitterness and sour grapes. For our team—the Cincinnati Bengals—to reach that mountain top, lots must fall into place in just the right ways.

Obviously, every Super Bowl run is made possible by the universe unfolding itself in a specific way to allow such a thing to happen. There are multiple events that occur which we collectively dismiss as luck, but really, it is intersecting paths of reality randomly crossing over one another. Okay, I admit that is nonsense and that you need some luck to win the Super Bowl, and there isn't much that I, or anyone else, can do about that, so let's just leave it be.

That being said, there are some things the Bengals can have an effect on to keep this train on its track.

The most important of these, is keeping Carson Palmer upright and healthy. As hard as we try to block out the entire 2008 season from our minds, it happened nonetheless. Palmer went down with a bum elbow, the Bengals promoted Ryan Fitzpatrick, and the team won four games that year. If that happens again, it could turn even uglier with a steady dose of J.T. O'Sullivan each week (does anyone else notice the leprechaun-like surnames of the Bengals backup quarterbacks? It's weird.). Last year, the line played well, but Carson still appeared too hurried late in the season. Hopefully with man-cow Andre Smith eventually participating in training camp, he can boost the line to new pass-protection heights, and allow Palmer to work his craft in peace.

Assuming Palmer does feel comfy in the pocket, he must tighten up his game some on his own. Since the golden days of '05, when the offense hummed along undeterred, Palmer's accuracy has suffered. Last year, he regularly overthrew receivers when he missed, either on sideline throws, crossing-pattern throws, or deep throws. As Laveranues Coles left town, he told the media that Carson preferred bigger receivers, and I don't doubt that is true. This season, the team stockpiled bigger receivers in Antonio Bryant, Matt Jones, and Terrell Owens—not to mention, the new large and dynamic tight end, Jermaine Gresham. Palmer's preferred tools are in place, the line should be improved, and the excuses for any lack of success are minimal. It seems most agree that he has the pedigree to be great, and that he has always been very good, but there are higher plateaus within reach for No. 9—it's up to him to get there.

In addition to Palmer, the man upstairs—no, a little lower than that—Bob Bratkowski, has much to do with how well the Bengals new offense operates. Typically, Brat ranks at a close second behind Mike Brown as the most disliked man in town. Perhaps much of this ire is unfair, but his unpopularity remains as high as ever. The most consistent gripe surrounding Bratkowski is his predictability with his play-calling. Last season, the Bengals were strapped with a lack of talent in the passing game and many felt that Bratkowski did not make the adjustments necessary to succeed once Chris Henry broke his forearm. This year, Brat has more viable weaponry at his disposal than he's arguably ever had in Cincinnati, and can take a variety of approaches when attacking defenses with his new toys.

With the new horses, Bratkowski and Palmer can confidently throw in the middle of the field. This would naturally draw safeties in some, and that opens up areas deep along the sidelines. Chad Ochocinco never felt like much of a deep threat last season, and that's just wrong. If the others can become the classic large possession-receivers that I think they can be, the offense could then run the ball better, convert more manageable third-downs, use more clock, and take more shots down field. It's what every good offensive coordinator dreams of, and hopefully Brat too.

As for the running game, why mess with success? The Bengals transformed themselves into a power-running team last year that was difficult to stop despite its predictability. The offensive line looked comfortable manhandling opposing lines, and Cedric Benson displayed the complete repertoire of power-back skills. The one new gnarl in the rushing attack I would like to see transpire, is incorporating more of the bouncy and elusive Bernard Scott. The second-year pro is an exciting player that grew into his role well last season. It appeared that Scott needed some time to adjust to the pro game, but once he found his sea legs, he became an interesting counter to the bruising Benson. Scott is a hesitation runner—a patient guy who seeks out holes before plowing forward—and is best suited for delays, sweeps, draws and screens. Mixing in Scott, as well as Brian Leonard's unique skill set of nifty moves and extra effort, and the Bengals have a nice stable of runners again this year.

On the other side of the ball, lives a pack of collected yet ruthless mongrels who labor in the mud and never rest. They are the silent types; the ones who allow their actions to speak for them. They do not stop to consider pain or fatigue and they are unquestionably loyal to their leader, Mike Zimmer. In short, the Bengals defense is not a flashy bunch but will leave the unsuspecting foe in their wake. They're nasty; don't sleep on them.

Yet, that isn't to say that there isn't room for improvement, or new challenges afoot. While the unit as a whole is made of what seems like unmovable granite, it lacks a certain visceral predatory blood lust for the quarterback. Zimmer has said he wants more of a pass-rush this year and that will indeed be crucial to the success of the team.

Cincinnati plays a lot of pass-happy teams with great quarterbacks in 2010. It's true that the Bengals employ maybe the best cornerback tandem in the league, and that certainly helps their cause, but in today's spread-offenses of the NFL, there are a lot more weapons to worry about than just wide receivers. The tight end position hurt the Bengals noticeably last year—Owen Daniels and Dustin Keller come to mind—and they face some of the best this year including Dallas Clark, Antonio Gates, Tony Gonzalez, Jeremy Shockey, Kellen Winslow, and Heath Miller—yikes. The safety spot is an aged one for the Bengals and fans and pundits alike point to that spot as a defensive weak link. An increased pass rush would alleviate some of the pressure on the safeties when they are forced to cover these dynamic players. With a healthy return of Antwan Odom, and the acquiring of rookies Carlos Dunlap and Geno Atkins, Cincinnati is suddenly very deep along the defensive line which can keep fresh bodies in the game for all four quarters and become a nuisance for opposing quarterbacks.

The same goes for the third and fourth cornerbacks. These days, teams will use two sometimes three extra receivers in their schemes. Reserves Morgan Trent and Adam Jones, plus rookie Brandon Ghee, will be huge factors against teams like the Colts and Patriots who often use multiple-receiver sets. Once again a pass rush will make their jobs easier, but usually when a quarterback is pressured he looks to the interior receivers as safety valves, so the cornerbacks guarding those men will have to react quickly and make open-field tackles.

Stopping the run became the calling card to this defense last season and there is no reason to think that will change. Cincinnati returns nearly every single player from last year's pleasant surprise, so the emphasis this season will be against the pass.

Lastly, for the Bengals to taste the Big Enchilada they must consistently execute on special teams. This was a nightmarish facet of the team last year and I, for one, am surprised that there was not more public backlash against special-teams coach, Darren Simmons, but that is all in the past now.

Gone is the scape-goated and weak-legged Shayne Graham, as well as Brad St. Louis since he effectively lost his mind, and in their places are the dueling nomadic kickers and long-snapper Clark Harris—a man who arguably saved our playoff hopes last year. Graham was chased with pitchforks and torches out of town after blowing it in the wild-card loss to the Jets, and now it looks as if the kicking will be done by either Dave Rayner or Mike "Stranglehold" Nugent.

The thing about random kickers off the street is that they are available for a reason: they've proven to be inconsistent. Good kickers are paid handsomely these days—Janikowski 4 years/$16 million—and are a real weapon to a team. Any knucklehead that argues field position is unimportant isn't paying very close attention to the game. For a run-first team with a good defense, who bases its offense around ball-control and clock management, a worthwhile field-goal kicker is nearly priceless. That's why the training camp battle among the little guys with one small shoe scares me. In the fourth quarter of a close game do you really want to see Dave Rayner come trotting out to seal the game for the Bengals? Graham struggled in a lot of categories but was a pretty sure thing from inside the 40. I'm not so sure about the two kickers the Bengals have now. If a Super Bowl run is to take place here in Cincinnati, the kicker can't be a problem.

For the Bengals, this season is not necessarily a beginning of something new, but a continuation from one moment almost two years ago. That moment took place in the visitors locker room at Lucas Oil Field where the Colts had just finished dismantling Cincinnati, 35-3. In that locker room, a seed was planted, and immediately began to sprout roots. Before that moment, the Bengals were 1-11-1, but are 13-7 since. The seed was the remaking of a team; a total philosophical overhaul orchestrated by Marvin Lewis and his staff. What we see today are bright green leaves with small pods on the ends ready to burst into flowers. Everything is in place. With a little luck, and a lot of maximum effort, this could be the year the Bengals finally smell the roses.

Mojokong—will be waiting at the finish line.