Share All sharing options for: Coaches Happy With Geno Atkins

I remember when I played tight end for my high school football team, there was one guy on this one team that I just couldn't block. While I was awesome at football, like I'm awesome at everything else I do, this guy was just a little more awesomer. 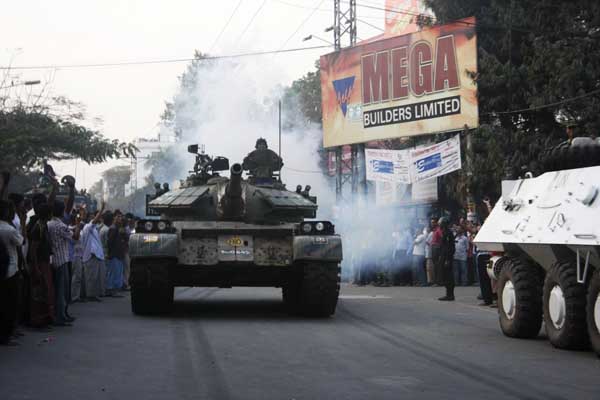 This was his yearbook picture.

Anyway, in that game, he tore up our quarterback and by tore up, I mean he actually killed him... it was very sad. What does this have to do with anything? I'm not really sure but I'm beginning to think that it's a really lame way to start an article about how well Geno Atkins had been playing.

Atkins was known as a good pass rusher at Georgia but there were concerns about how he fared against the run. He’s put those concerns to bed early and has shown that he is equally adept at defending both.

He has also been a quick study. The more that defensive line coach Jay Hayes gives him, the more he excels. Atkins has been getting in games earlier and has seen some action with the first team in base situations as well as nickel.

"He just takes to doing everything you ask him to do and has been able to just do the things a good player does," Hayes said. "He’s good at keeping his pads level and for the most part has his hands in the right spot."

I've been extremely impressed with Atkins so far this preseason. He's been in the faces of quarterbacks and stopped the run. It is probably unrealistic to expect him to be a starter. He would have to knock Domata Peko and Tank (not related to the guy above) Johnson and others off of the depth chart and that's just not going to happen. I do think that Atkins will see significant playing time this season though, especially in obvious passing situations when the defense is in a nickle formation.

Once again, the Bengals draft class is shaping up to help heave Cincinnati into the post season.... hopefully.