Times are tough and to many, that's an understatement. It isn't just adults that have fallen on hard times, though. There are many children who are suffering along with their families. There is no shortage of children in Cincinnati who would be considered underprivileged, and even though they don't have much power to improve their situations, there are organizations out there that do what they can to make life easier on them.

That's what the Cincinnati Recreation Commission does. According to their website, the CRC "provides recreational, cultural, educational, and leisure activities, as well as programs and events, to the community through each recreation center in the City." Another thing they do is brighten kids' days.

On Tuesday evening, the CRC, who partnered with the Marvin Lewis Community Fund and Dick's Sporting Goods, brought 30 underprivileged kids to Dick's Sporting Goods on Montgomery Road in Cincinnati in limousines, provided by A Savannah Nite Limousine Services. Once they arrived, the kids were informed that they would each receive a $100 gift certificate to get things they wanted for Christmas. They were also informed that they would be shopping with four of the more popular Bengals players: Andy Dalton, A.J. Green, Cedric Benson and Frostee Rucker.

Kids arrived and were escorted to an area just outside the store where Noodles & Company had set up a stand and were nice enough to serve dinner to the kids and their parents for free. First they were told that they would receive the $100, which they all cheered about. Then Dalton, Green, Benson and Rucker walked out from the store to greet them. They cheered even louder. The kids had no idea the Bengals players would be there and were visibly shocked and excited. Each player was given a group of about five or six kids (the younger girls got to shop with a group of Bengals cheerleaders) and they made their way into the store.

"We've been working on this for a couple of months through Dick's Sporting Goods and the Marvin Lewis Community Fund," said Paul Brondhaver, the CRC's Service Area Coordinator. "It's a great partnership with them and collaboration with the CRC gives the kids a great opportunity. Some of them are underprivileged kids and some are going to be having surgery and they had no idea till they got here. To have Frostee Rucker and A.J. Green and Andy Dalton and Cedric Benson to come out and give them their time on their off day says a lot about them as individuals off the field. We know what they can do on the field, but off the field they're these kids' heroes for life."

The players spread throughout the store with their group of kids in tow, and at times they were chasing the kids as well, and helped them pick out $100 worth of gifts. Many of the kids got new shoes, some of them got footballs, one got a new helmet, which he had all the players sign, and another asked Benson about the pellet guns.

Each player wore a smile on their face the entire time as they were surrounded by layers of yelling children, TV cameras, reporters and curious onlookers.

Dick's Sporting Goods Community Marketing Manager Tom Osborn is happy with their partnership with the CDC and the Bengals and what they did for these lucky kids.

"We have a great partnership with the Cincinnati Recreation Commission," Osborn said. "Dick's is very community oriented. Out of everything we do out there, this is just one piece of things we do out in the community. The CDC has been a great partner of ours. It's also unbelievable to have players, especially of their stature. The four guys we have out here are four of the top players, not only on the Bengals but really across the league. So for them to come out on their off day to our store and spend two hours out here shopping with kids, who don't really have anything for Christmas, I mean, if these guys didn't play another down, they made a lot of fans today. They really made a lot of the kids' Christmases today."

As all of the kids filled their bags with the sports equipment they picked out, they were herded to the checkout lanes. They left the store with their arms full of early Christmas presents and stopped in front of a background and posed for a picture with the player they were assigned to. The players also stood around and signed autographs on the footballs, hats and jerseys that were bought. After all that, Benson, Green, Dalton and Rucker even sat down to dinner with the kids.

Times are tough for almost everybody. There's no question about that. It's sad to know that children, who can't do anything about their situation, are affected as well, but it's nice to know that athletes like Rucker, Dalton, Green and Benson, as well as the CRC and Dick's Sporting Goods, are there to make life a little easier for underprivileged kids. This Christmas will definitely be much merrier for the kids that got to shop with their favorite Bengals players Tuesday evening.

Below are some pictures from the event (I'm no photojournalist, so bear with me). 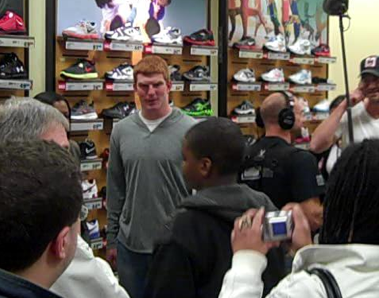 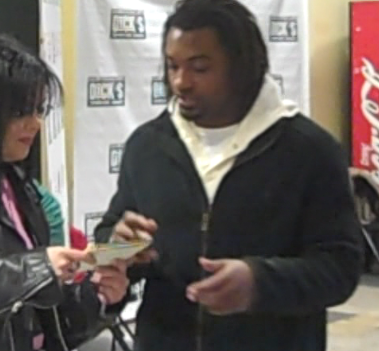 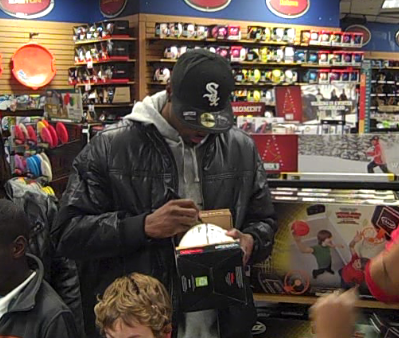 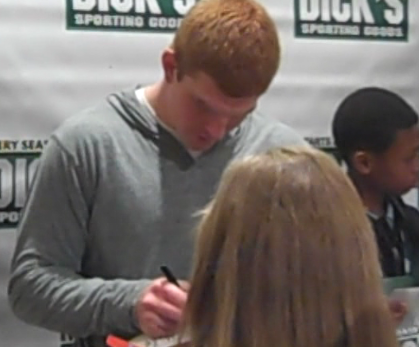 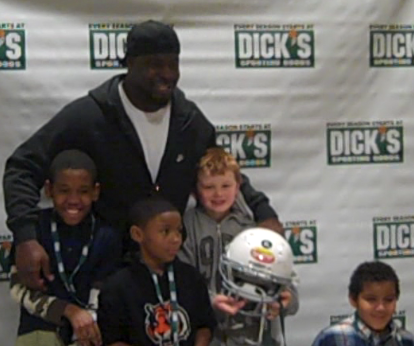 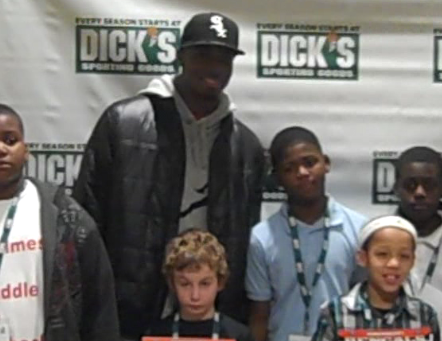 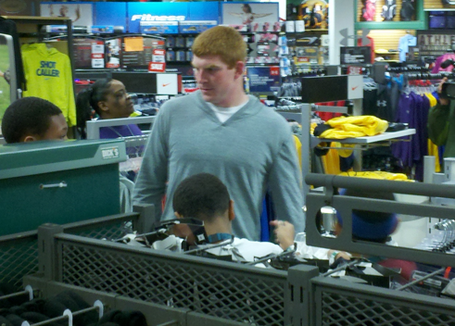 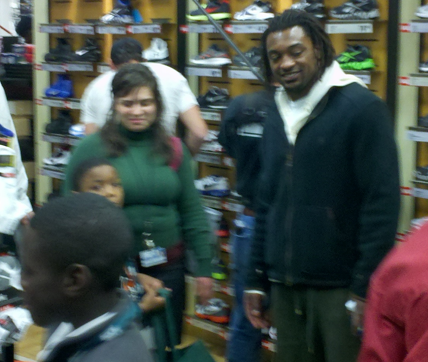 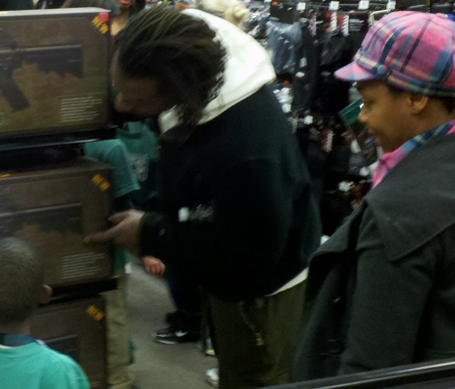 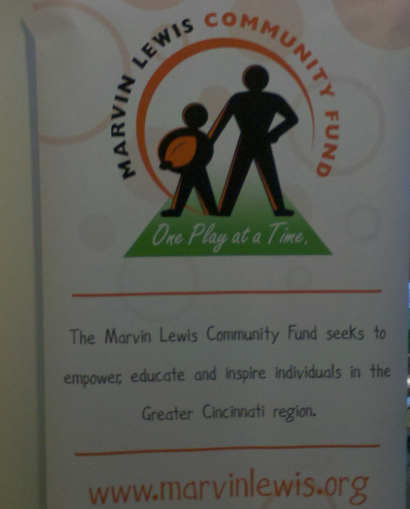