The Bengals host the Arizona Cardinals on Sunday in what is a must-win game for the Bengals if they want to make it into the playoffs in 2011. With the Cardinals comes running back Beanie Wells, who is having his best season of his three-year career. He is one of the bigger running backs in the league, weighing in at 229 pounds, and on his way to his first 1,000-yard season, he has averaged 4.3 yards per carry and scored 10 rushing touchdowns.

Stopping Wells will be one of the keys to a victory over the Cardinals. To predict how the Bengals will fare against Wells, we'll have to take a look to see how they've done against some of the bigger running backs in the league (for the purposes of this article, I'm calling a big running back any back that weighs more than 220 pounds). Let's take a look.

The Bengals faced the biggest running back in the NFL in Week 1 when they traveled to Cleveland to face the Browns. Peyton Hillis, who weighs in at 250 pounds, ran the ball 17 times for 57 yards for a 3.4 yards per carry average. They held him out of the end zone throughout the game and, at that point in the season, had done well against big running backs. 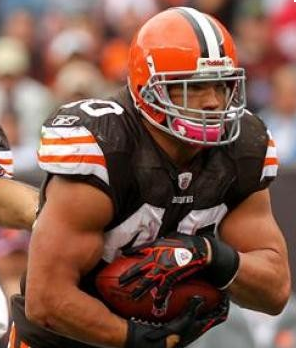 The Bengals faced the Denver Broncos and Willis McGahee in Week 2. McGahee, who weighs in at 235 pounds, punished the Bengals in Denver. He ran 28 times for 101 yards. His yards per carry average was still low, 3.6 yards per carry, but he did score a touchdown and was one of the few backs to run for over 100 yards against the Bengals in 2011. 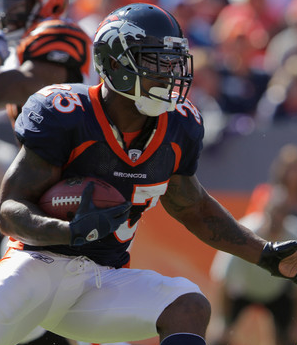 That brings us to the Bengals' Week 6 game against the Indianapolis Colts. Delone Carter, the Colts' rookie running back, got the bulk of the carries against the Bengals. He weighs in at 225 pounds and carried the ball 14 times for 45 yards, a 3.2 yards per carry average. He was held out of the end zone throughout the game as well. 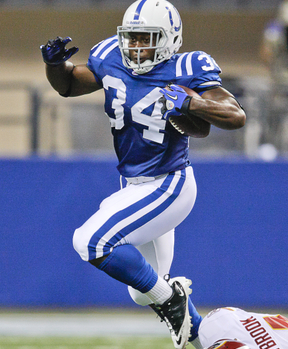 Both Seattle Seahawks running back Marshawn Lynch and Tennessee Titans running back Chris Johnson weigh less than 220 pounds so they're out.

This brings us to Week 10 when the Bengals hosted the Pittsburgh Steelers and 225-pound Rashard Mendenhall. Mendenhall carried the ball 16 times for only 44 yards, which is only 2.6 yards per carry, but they did allow him to score two rushing touchdowns. The Bengals lost to the Steelers by a score of 24-17. 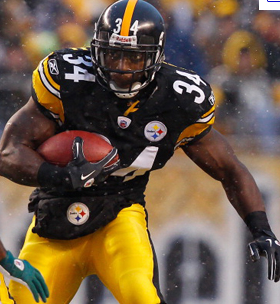 Eh... because of the two touchdowns, you have to say that the Bengals are 2-2 after the Steelers game.

Ray Rice weighs less than 220 pounds so that brings us to Week 12 against the Browns again.

In the Bengals' second game against the Browns, Hillis ran the ball 19 times for 65 yards, which averaged out to be 3.4 yards per carry. He was again held out of the end zone and his longest carry was for only 10 yards. The Bengals won by a score of 23-20.

They should be considered 3-2 against big backs after this game.

The Bengals hosted the Houston Texans the following week. That meant that they had to face one of the best running backs in the league, Arian Foster, who weighs in at 229 pounds. Foster was pretty much completely shut down by the Bengals defense. He carried the ball 15 times for 41 yards, a 2.7 yards per carry average, and his longest carry was less than 10 yards. The smaller Texans back, Ben Tate, who weighs in at 214 pounds, played better against the Bengals than Foster. He averaged 8.4 yards per carry. 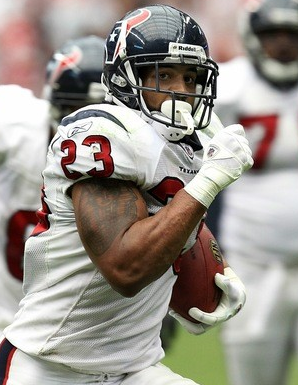 The Bengals were 4-3 against bigger backs after Week 14.

Finally in Week 15, the Bengals played another huge back, the Rams' Steven Jackson, who weighs in at 240 pounds. Jackson carried the ball 18 times for 71 yards for an average of 3.9 yards per carry. He also added 72 receiving yards on nine catches. Even though the Bengals held Jackson out of the end zone and stopped the big plays, Jackson still wore them down. The Bengals won 20-13. 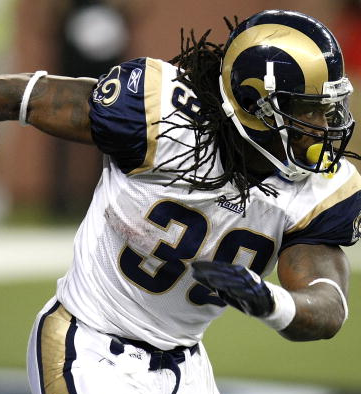 After Jackson's performance, considering he's their main offensive weapon, I'd have to say the Bengals were 4-4 against bigger backs after Week 15.

The Bengals have never faced Beanie Wells. Hopefully they're able to limit him because if they don't, the Cardinals will be a million times tougher to beat. So far this season, they've given up 484 yards against running backs that weigh more than 220 pounds and for an average of 3.3 yards per carry. That's not terrible and hopefully they can keep it up.