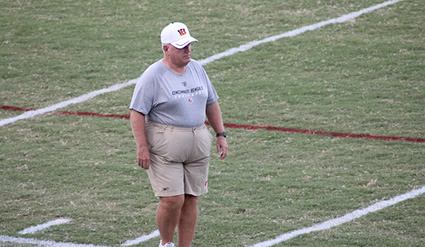 The Cincinnati Bengals Director of Football Operations Jim Lippincott announced his retirement on Tuesday, according to Geoff Hobson of Bengals.com. According to Joe Reedy with the Cincinnati Enquirer, Lippincott is "returning to Moeller" high school as the team's defensive coordinator after finishing his 20th season with the Bengals.

While beginning his coaching duties he said he'll continue to work with the Bengals in preparing for April’s college draft. Lippincott serves as the club's Midwest scout as well as overseeing the nuts and bolts of the personnel department.

"Jim has been a valued member of our front office for some 20 years, working as both a scout and as an administrator," said Bengals president Mike Brown in a Bengals statement. "His work at Moeller is where his heart takes him now, but I thank him for all he has done here over the years and wish him only the very best. Jim will still be very much in the Bengals picture as we head toward this year’s draft."

Lippincott was introduced largely to the Cincinnati Bengals fanbase through HBO's Hard Knocks preceding the 2009 season. Most notably, Lippincott is the guy that knocked on fullback J.D. Runnels' door while everyone else in Georgetown slept, waking the fullback and telling him: "The only reason we always cut players here is ability, no other reason." Runnels, still half-asleep, simply responded with "Wow."