How Much Of Their Future Should The Bengals Put In Adam Jones?

Share All sharing options for: How Much Of Their Future Should The Bengals Put In Adam Jones?

One can't argue the fact that Adam Jones did exactly as he had promised when signing with the Bengals. Leaving behind the image of a troubled player putting himself in bad situations -- or maybe he was the instigator of those bad situations -- trying to remake an image that desperately needed to be remade if his football career were to continue. Aside from being handcuffed and detained because of mistaken identity and the resolution of a 2007 court case involving a shooting in a Las Vegas strip club, issues about Jones have largely been on the field. In the spectacle of life where so many people wish to turn their lives around, we can only be happy that Jones achieved it.

That being said, Jones is being promoted as a resolution if he doesn't re-sign with the team whenever free agency returns. The Cincinnati Enquirer's Kevin Goheen writes, rather boldly, that "The return of Adam Jones from a neck injury will help offset the loss of Joseph if the team cannot resign him." Really?

We understand the point that Jones, if he returns to a form that made him a quality cornerback in the first place, could be a serviceable replacement for Joseph. Aside from that, it's optimistic conjecture.

Before signing with the Bengals, Jones missed the entire 2009 season because no team took a chance on him. It was the second time Jones had missed an entire season -- he was indefinitely suspended due to personal conduct violations in 2007 that lasted an entire season. Dating back to 2007, Jones has played a total of 14 games. And of the five he's played with Cincinnati, Jones has only been involved in 170 defensive snaps. Quarterbacks targeted receivers Jones was covering 16 times in 2010. Ten were completed for an average of 16.2 yards/reception and an opposing quarterback rating of 109.9. Jones forced an interception and a pass deflection during the first two games of the season, while not allowing a receiver he was cover to caught a pass against the Ravens and Browns. And while he forced a fumble for a touchdown that helped Cincinnati put together a remarkable 22-point third quarter, Jones also allowed five receptions for 74 yards receiving and two touchdowns.

Then there's the issue of recovering from a neck injury. And during his court appearance last week, Jones was still wearing a soft neck brace. 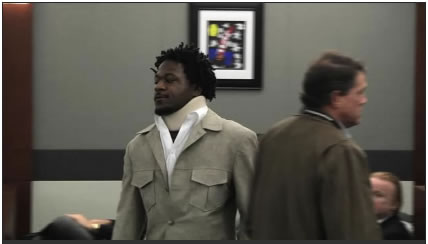 There's no reason to believe he won't be ready for the reason. But you do have to factor in the mind set of a player that suffered a neck injury and how willing he will be to go all-out and sacrifice his body.

We honestly hope that Jones returns to the Bengals and offers a great contribution to the team. Obviously. However, it would be a mistake if the Bengals decided not to sign Joseph simply because they have Jones, who will be a free agent after next season.