Cincinnati Councilman: Taxpayers Should Stop Giving Any More Welfare To The Bengals

Share All sharing options for: Cincinnati Councilman: Taxpayers Should Stop Giving Any More Welfare To The Bengals 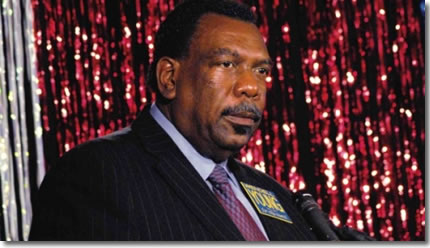 Over the weekend the Cincinnati Enquirer wrote a report that there was a plan that the Cincinnati Bengals organization was expected to request Hamilton County cover $43 million for stadium maintenance improvements over the next ten years.

"There are people in this county who pay taxes who will never see a football game and can't afford to get to the stadium. Big time fans, but when the Bengals don't sell out, these people continue to pay for the stadium and they can't even watch the game on TV."

While Young is correct to question the plan, the Stadium can't simply go without maintenance. Normal wear and tear does cost a lot of money, which was agreed by the County to cover when the original lease was signed. In this report, the $43 million plan that the Enquirer released over the weekend, was only a ten-year plan requested by county and the team is still only asking for what's due to them. True, $9.3 million for scoreboard improvements is trivial but so is a city councilman reacting to county business. A city councilman, mind you, of a city that could be in the middle of a financial meltdown by summer.

The plan also calls on Hamilton County to replace the field "the irrigation system and practice fields next year" which would cost $1.7 million. "It also calls for 40-thousand dollars a year for beer chillers." Well, that's a no-brainer.