Despite the fact that Mike Mayock believes that the Bengals will draft Georgia wide receiver A.J. Green because of the uncertainty surrounding Terrell Owens returning to the Bengals (that's not a joke), it's long-time Bengal Chad Ochocinco that we're uncertain about, not TO.

Most believe that the Bengals won't pay Ochocinco the $6 million they owe him to play in 2011 and they'd rather let him walk for about half that amount. If they draft Green with the No. 4 overall pick, it would probably shut the door on Ochocinco for sure.

Some Bengals fans will be happy and some will be sad, but most will probably share the feeling that it's for the best. One NFL analyst and former wide receiver believes that the Bengals won't, and shouldn't, waste their time on Chad Ochocinco any longer: Chris Carter.

Many share the sentiment. Chad Ochocinco's production has declined as his time on TV and Twitter have increased, which you can see by the graph that I've created just for you by using my amazing science skills (this is what I learned in college). 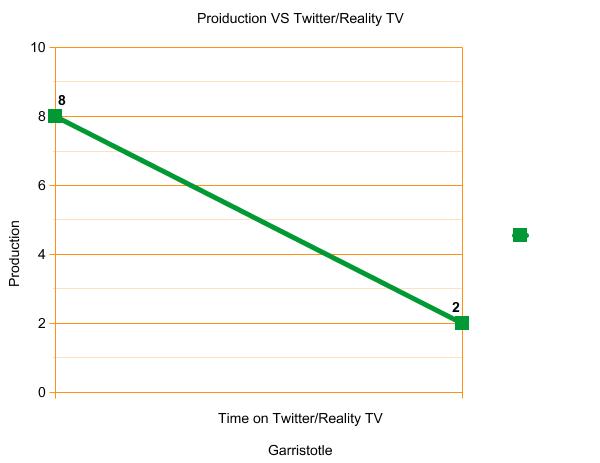 Are you as sick of Chad Ochocinco as Chris Carter is?