With the fourth overall pick in the 2011 NFL Draft, the Cincinnati Bengals select Georgia wide receiver A.J. Green. This one we can say the draft experts got right. With Terrell Owens leaving for free agency and Chad Ochocinco likely following him, the Bengals need to plan for the future and that starts with this year's top wide receiver prospect. In less than a year, the Bengals have gone from aging veterans to a dynamic core of receivers in Jerome Simpson, Andre Caldwell, Green and Jordan Shipley, matched with an effective tight end in Jermaine Gresham, who set the franchise mark for most receptions by a rookie tight end.

Simpson and Caldwell posted 35 receptions for 547 yards receiving and three touchdowns, combined in the final three games of the 2010 regular season. Jordan Shipley and Jermaine Gresham led all AFC rookies with 52 receptions each last season. And now the Bengals are adding the dynamics of a player like A.J. Green. That's just scary.

This presents the obvious question. Who is going to throw the football to them? That question will likely be answered this weekend. But whomever it is, they will have one hell of a receiving group at their disposal, possibly making a third round talent appear like a Pro Bowler. Alright, so we could be exaggerating. But only a little bit. 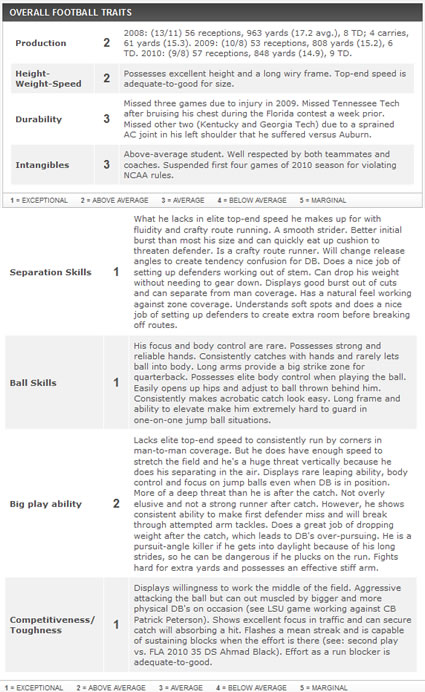