With the 35th pick in the 2011 NFL Draft, the Cincinnati Bengals selected TCU Quarterback Andy Dalton. Since Chris Mortensen's announcement during the Conference Championship weekend that Carson Palmer is demanding a trade or he'll play the retirement card, the Bengals have been on the clock looking for a new starting quarterback. At first they didn't believe it, but slowly accepted the reality if the team doesn't search for a replacement, they may be forced to rotate a patchwork of quarterbacks to get through the season.

In the past 24 hours, the Bengals have a new number one wide receiver and quarterback to move on from the Chad Ochocinco and Carson Palmer era.

The Bengals were never enamored with Blaine Gabbert, who was available fourth overall during Thursday's first round. Reports began circulating that the team was high on Florida State's Christian Ponder. He was selected by the Minnesota Vikings 12th overall. That left the team with Andy Dalton and Ryan Mallett.

And now it's Dalton. 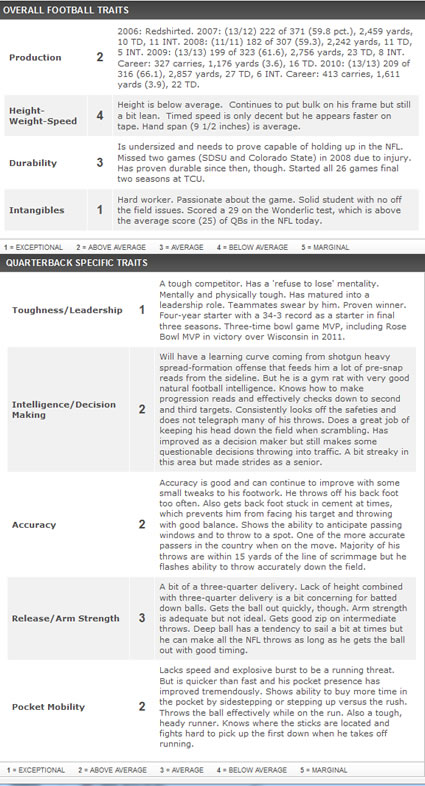