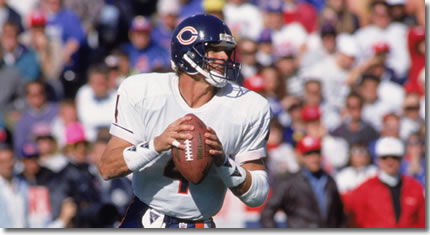 Bill Tobin, a Bengals scouting consultant that scouts the southeast, has already said that he believes Carson Palmer will return with the Bengals in 2011, eventually concluding his career in Canton, Ohio. This is the same person who was once a general manager for the Indianapolis Colts that shot back at Mel Kiper's comments that the Colts are "the laughing stock of the league year-in and year-out" for selecting linebacker Trev Alberts rather than quarterback Trent Green, who Kiper labeled as a franchise quarterback. Tobin's notorious quote, "Who the hell is Mel Kiper?" is typically seen every year during during the NFL Draft. Alberts ended up being one of the top Draft Busts in franchise history while Green, who is hardly a franchise quarterback, did go on to win a Super Bowl with the defensive powerhouse Baltimore Ravens.

That's right. You may not have put two-and-two together, but that guy has been a Bengals scouting consultant since 2003. He's also the father of Duke Tobin, who has been with the Bengals scouting department since 1999 and is currently the Director of Player Personnel.

He told me the player Andy Dalton reminds him of is another player he drafted 24 years ago – Jim Harbaugh. In fact, before the draft Tobin told Harbaugh, now the 49ers coach, that he found a young Jim Harbaugh. But he couldn't tell him who he was until after the draft. Tobin thinks Dalton is similar to Harbaugh in terms of toughness, durability, leadership and efficiency. He also said Dalton is a gym rat who gets the respect of teammates much like Harbaugh was. It should come as no surprise then, that Harbaugh’s 49ers were trying to trade up to get ahead of the Bengals to take Dalton.

Before you sigh in frustration, let me point out that Tobin's impression on Dalton simply involves the intangibles. Toughness, respect, durability and leadership being the key words here with efficiency being the only on-the-field comparison being made. Hopefully the comparisons end there. Jim Harbaugh never threw more than 20 touchdowns in a season, topped 3,000 yards passing once and he posted more interceptions than touchdowns in six of his 14 seasons in which he played a regular season game.