The first Cincy Jungle NFL Draft Party was nothing but a success in my book. Despite the rain and the fact that the first round takes place during a work day for most, a good number of people showed up to help Cincy Jungle celebrate the 2011 NFL Draft. Willies Sports Cafe in Western Hills was more than gracious to reserve half of their restaurant for our party, which we filled up nicely, and gave us drink specials and half price appetizers all night.

Everybody mingled and had a good time and then once the draft started, most people gravitated to the TVs. When the Bengals selected A.J. Green with the No. 4 overall pick, almost everybody seemed to cheer.

The best part, at least for me, though, was that once the Bengals picked, the vast majority of people who came to celebrate the unofficial beginning of the 2011 NFL season decided to stay for the entire draft. I sincerely thank all of you who showed up and made the party a success. Because of you, we'll do more things like this in the future.

Click the jump to check out some pictures from the party.

Some fellas enjoying age appropriate beverages before the draft began. 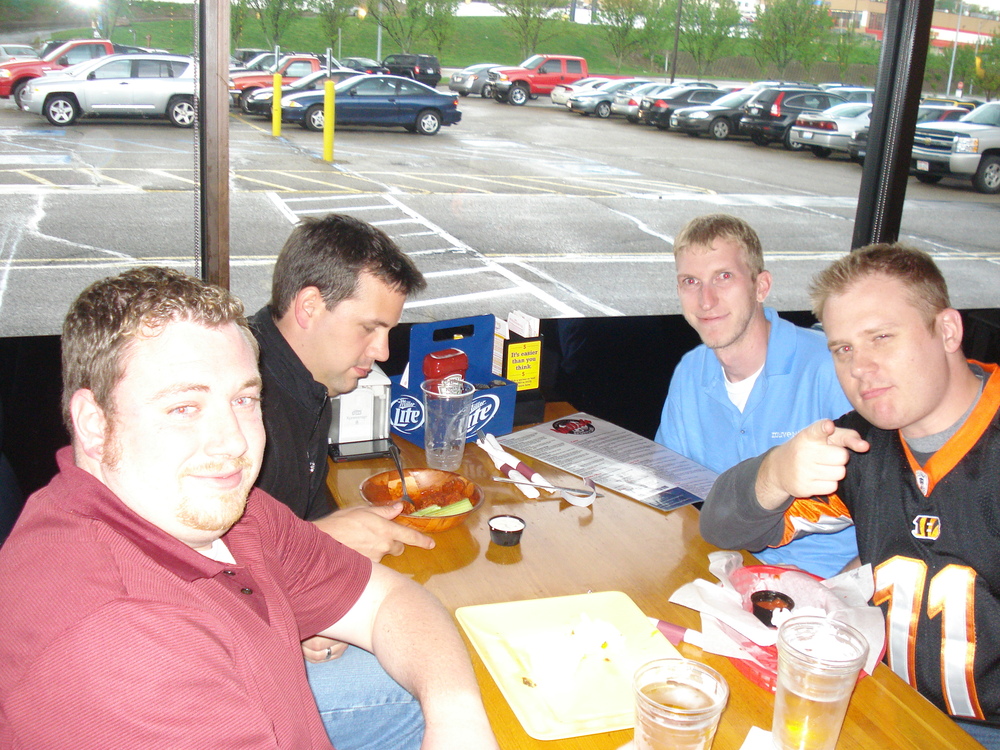 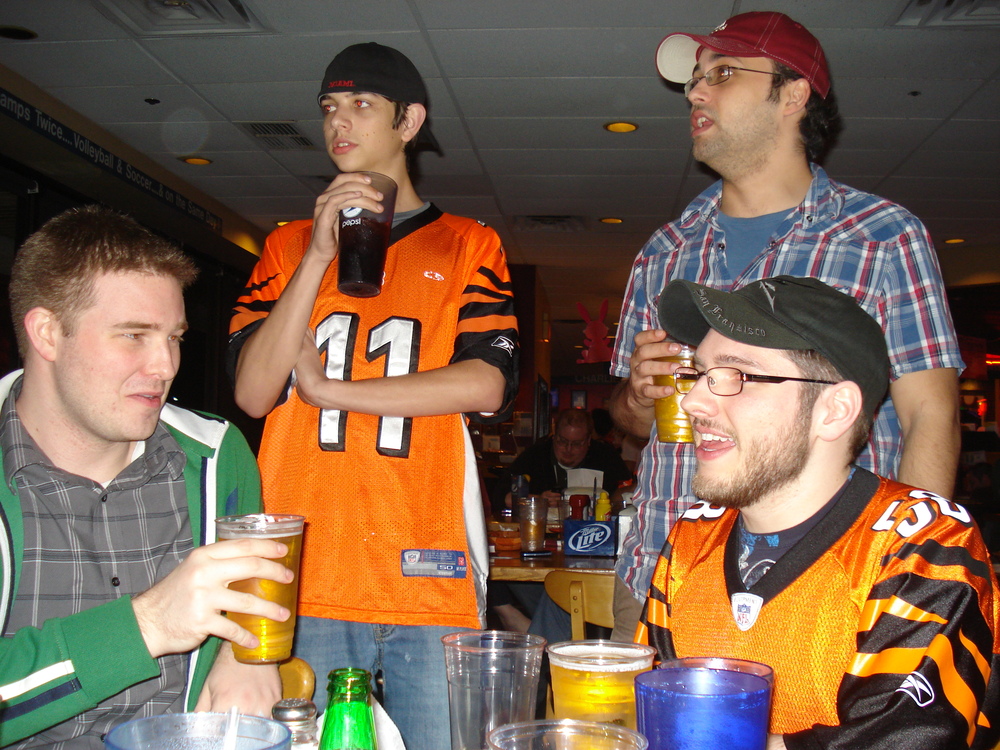 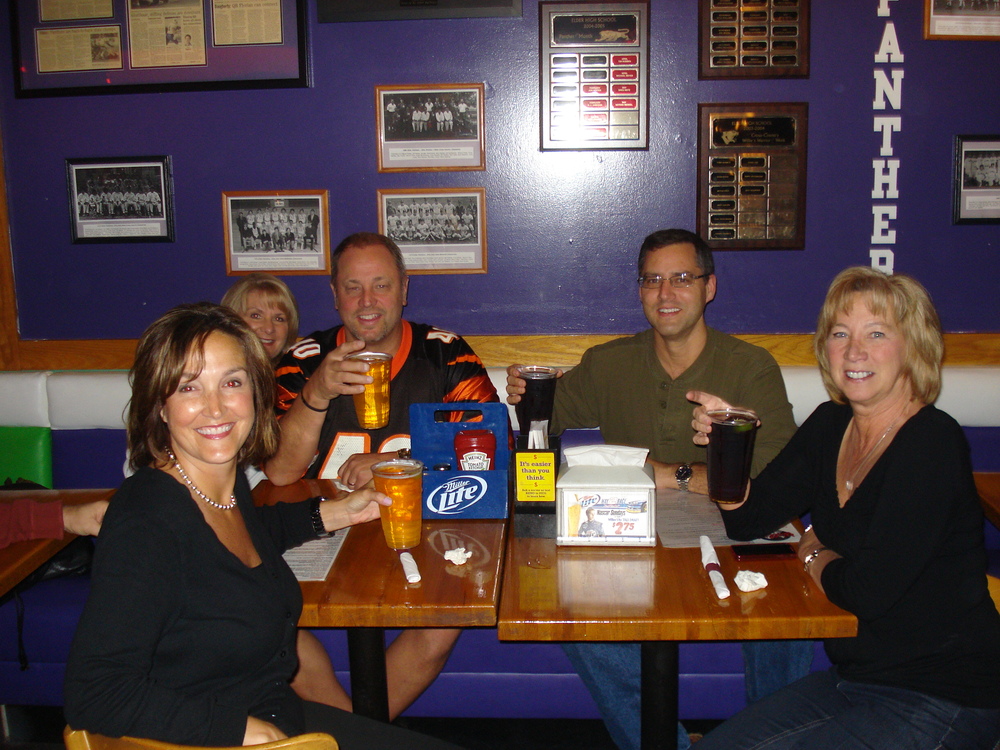 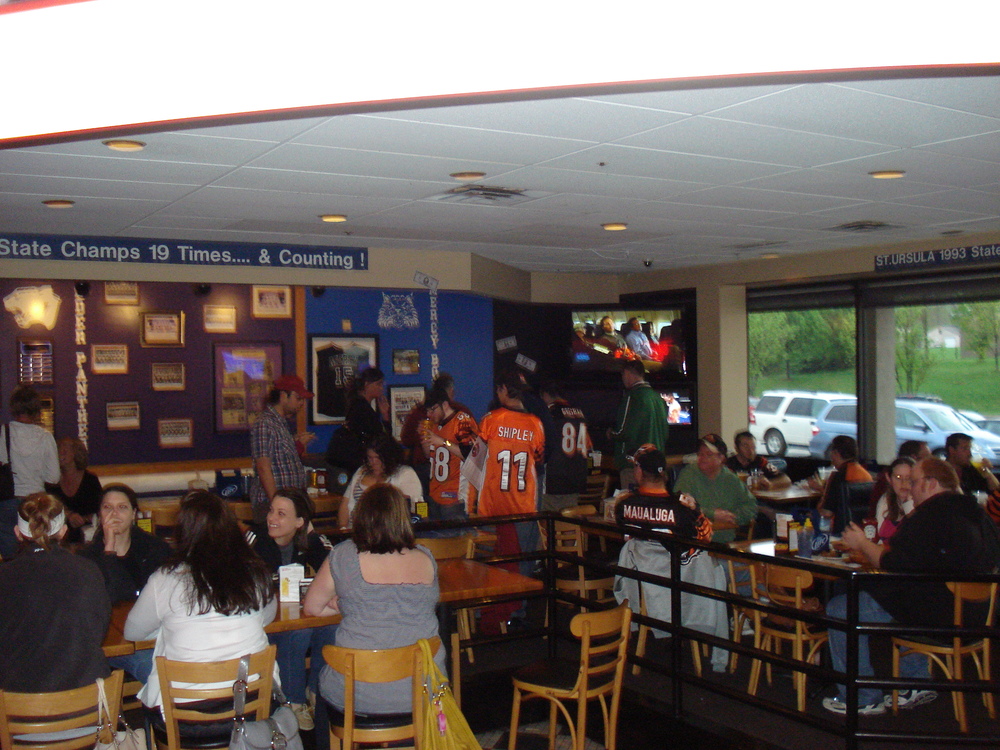 The winner of the signed Carson Palmer photo (he didn't burn it or throw darts at it, in case you were wondering). 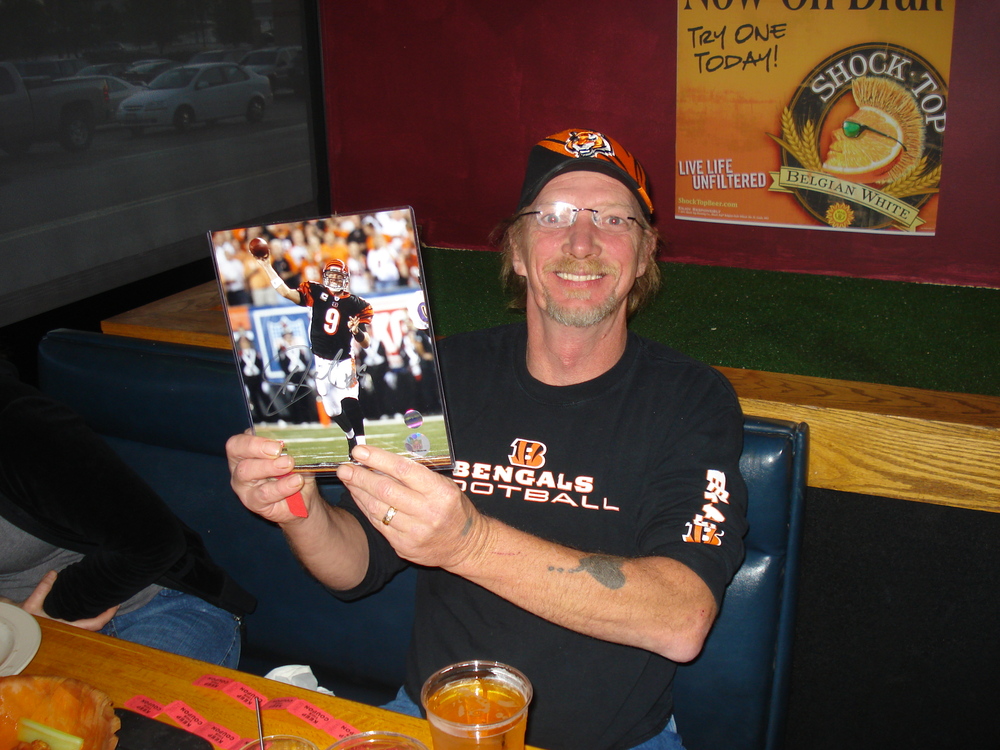 Judy was the winner of the Bengals tailgate kit. 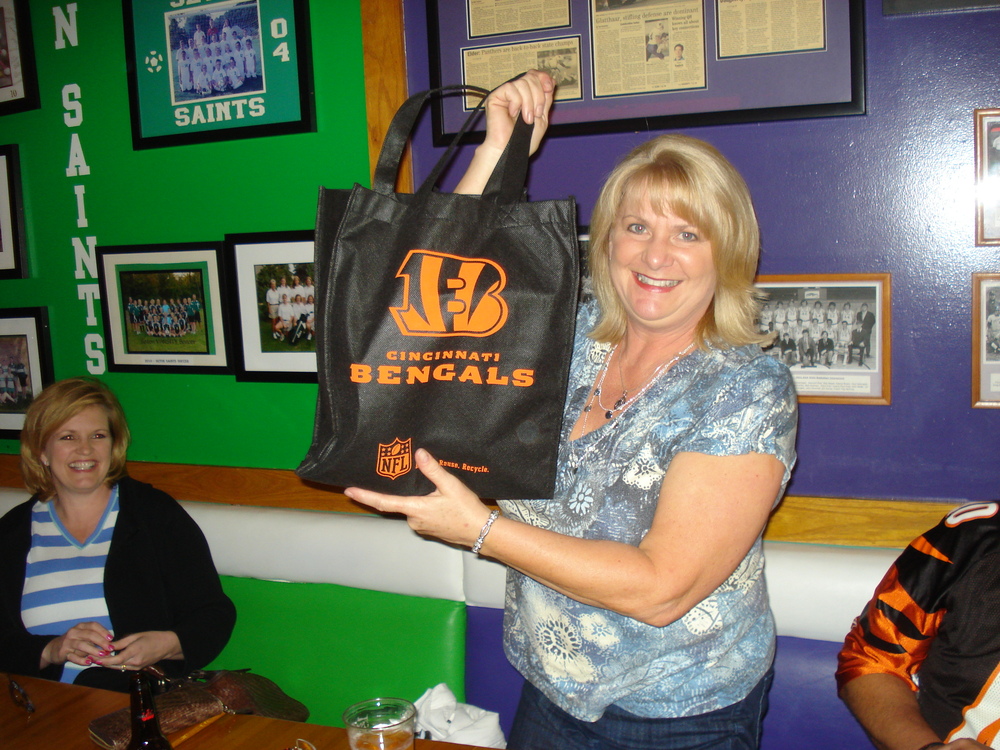 Dave was the winner of the Keith Rivers jersey. 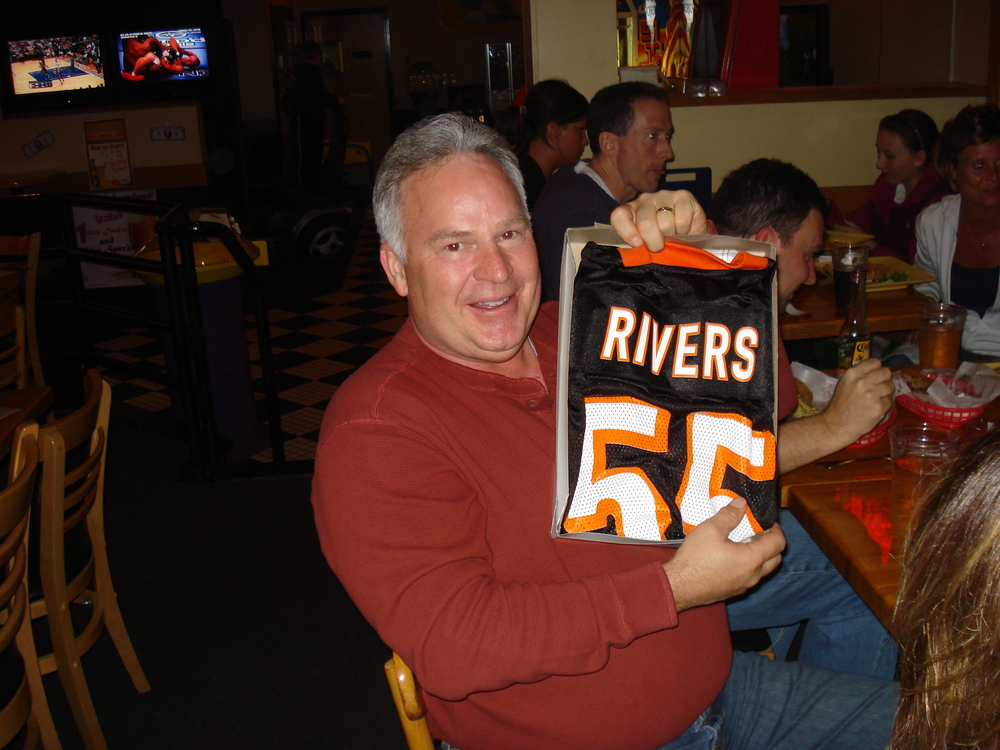 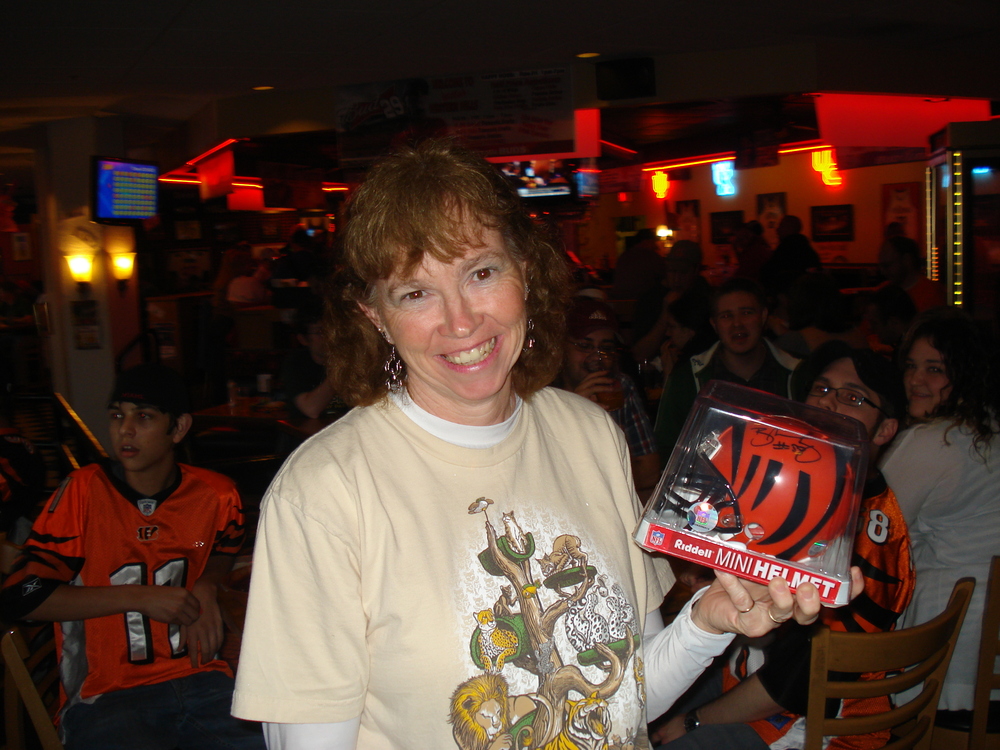 And the big winner was Eric Troutman, who won both the Madden '12 gift card and the Maualuga signed shoes. 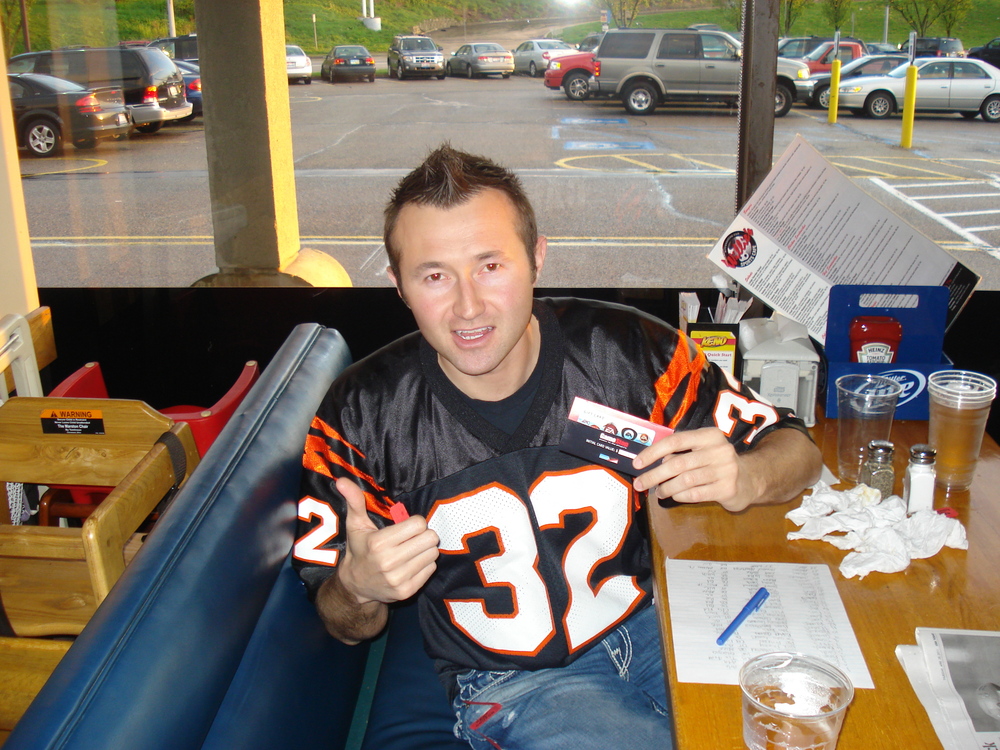 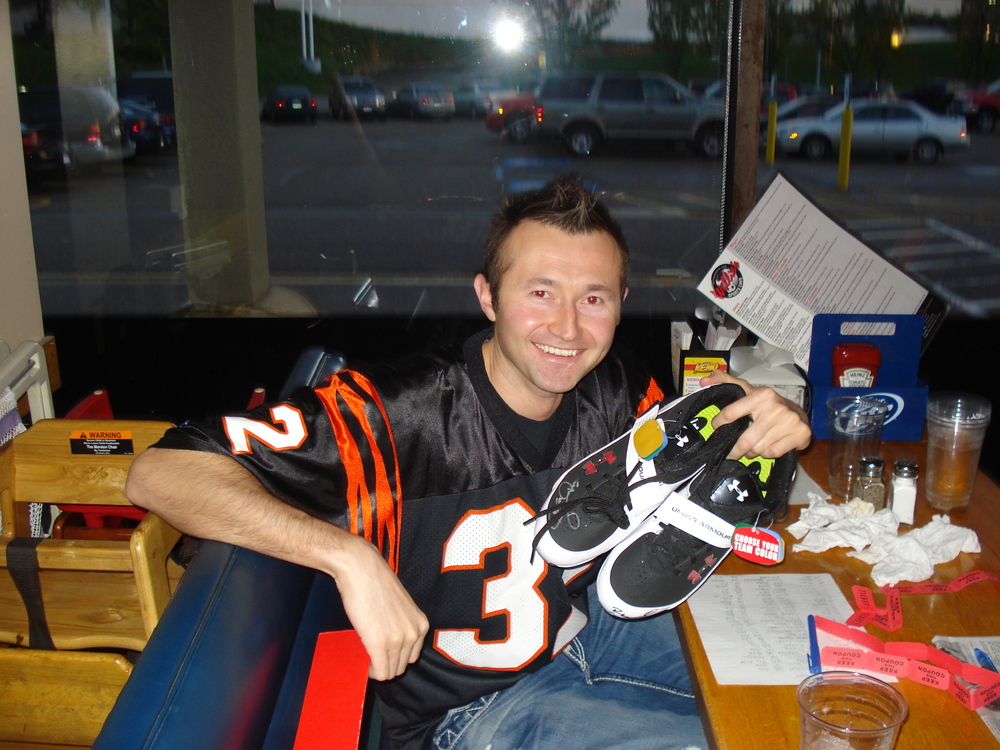 Once again, thank you all for coming out and showing your support for Cincy Jungle. Because of the success of our draft party, we will be hosting more events so if you missed out on this one, you'll get you chance to come out soon.