Poll: Best Bengals Player To Wear No. 84 In Franchise History

Share All sharing options for: Poll: Best Bengals Player To Wear No. 84 In Franchise History 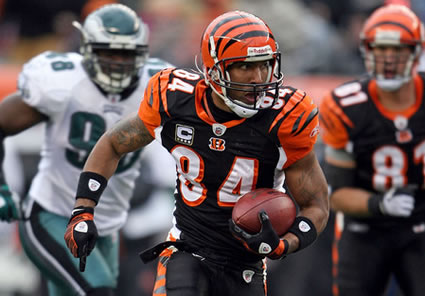 Bob Trumpy was selected in the 12th round of the 1968 Common Draft, by the AFL's Cincinnati Bengals during their inaugural draft. From 1968-1977, Trumpy played a career that defined the Bengals during that time, playing in four Pro Bowls and named as a First-Team All-Pro Tight End in 1969, where he posted 37 receptions for 835 yards receiving and nine touchdowns for an amazing average of 22.6 yards/reception. During that season in games against the San Diego Chargers, the Kansas City Chiefs and Houston Oilers, Trumpy combined for 12 receptions for 377 yards receiving and five touchdowns with an average of 31.4 yard/reception. During his ten seasons in Cincinnati, Trumpy posted 298 receptions for 4,600 yards receiving and 35 touchdowns.

Much like Cris Collinsworth, Trumpy is noted more today for his broadcasting career. After retiring from the NFL, Trumpy became an NFL broadcaster and studio analyst. Trumpy also hosted Sports Talk on 700 WLW from 1980-1989, who was ironically replaced by Cris Collinsworth. Now Trumpy is an analyst for CBS radio during Sunday Night Football and still chats with Lance McAlister during the football season. And by chat, we really mean he shows disbelief on some of the things that Mike Brown often does.

Then you have T.J. Houshmandzadeh, whose widely considered one of the better wide receivers in franchise history. Not so much for his big-play ability, but football IQ, always finding ways to get open, either by sitting in holes in the zone or blocking out defenders to give Carson Palmer a small gap to make a completion.