Share All sharing options for: Bengals Adam Jones Enters Plea Of Not Guilty 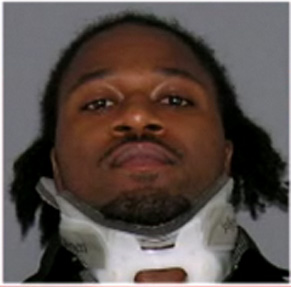 The attorney of Bengals cornerback Adam Jones, filed a "written plea of not guilty" Monday afternoon stemming from charges of disorderly conduct and resisting arrest last weekend at a local Cincinnati bar. Jones denied wrong-doing, with his agent telling reporters that the cornerback "was at the bar celebrating his wife's birthday with neighbors when another woman threw a punch at Jones' wife." Disbelief arose in Jones, who allegedly over-reacted.

Along with how this plays out, Jones may face a severe discipline from NFL Commissioner Roger Goodell, provided the Commissioner will be allowed to dull out punishment to a bunch of players that the owners locked out. We suspect something will have to be settled on this before the new collective bargaining agreement is made. And then there's the possible violation of probation, if convicted in Cincinnati, from 2007 that could still land him in jail for a year.

There are even questions about Adam Jones' future in Cincinnati that has nothing to do with all of this. Two procedures done on his neck has at least one report suggesting that Bengals might be concerned about medical availability in 2011.

In other news, the Bengals have taken over the lead with most arrests in the NFL dating back 2000.