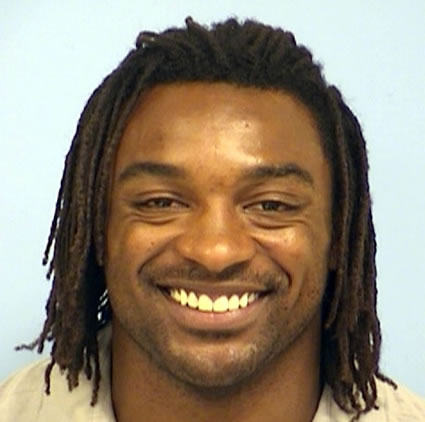 Cedric Benson's lawyer released a statement that was published, posted and tweeted by Joe Reedy of the Cincinnati Enquirer and Joe Danneman of Fox 19 Wednesday afternoon, writing that the alleged victim during last weekend's incident is now demanding a settlement. Benson was one of three players that grabbed headlines in the sporting world for arrests by Bengals players, re-establishing themselves as the team with the most arrests dating back to 2000.

Last weekend Benson was arrested and charged with assault during an altercation with a former roommate. According to Benson's lawyer, Sam Bassett, Benson asked Charles Clavens, to leave his home earlier in the week when a throw-down (aka, beat-down) took place. TMZ acquired police documents with additional information on the incident, writing that Benson aggressively went after Clavens on a street corner to talk, when suddenly Benson struck Clavens in the face causing "severe bleeding from the mouth, possible loss of teeth and massive swelling of the left cheek."

Thomas Crosley, the attorney for Charles “Miami” Clavens, the individual involved in the incident with Cedric Benson this weekend, contacted us yesterday to demand a “settlement” meeting. This attorney stated that if we did not respond within a short period, Mr. Charles would respond to media requests, including a request for an interview from TMZ. We have learned that Mr. Charles’ representatives have contacted at least one public relations firm to assist them with publicity.

There is nothing to settle with Charles. In fact, we intend to confront Charles in defending the misdemeanor charges against Cedric. Cedric did not act without provocation.

Cedric regrets the events of this weekend and he is committed to addressing any concerns that NFL teams may have. But, he will do so unburdened by the threat of extortion.

We don't want to add too much conjecture on these things; we're not legal experts. Though we're going to give Benson the benefit of the doubt, again, like we did with his incident at a Texas bar during last year's Memorial weekend that many claim as nothing more than self-defense.

Would it be that impossible to think that Clavens instigated the whole thing. Think about it. A former roommate of an NFL player knows that said NFL player makes coin. A falling out leads Benson to demand that Clavens leaves. Clavens does something to instigate the whole thing -- something that might have most of us thinking, that dude deserved it. We'll find out soon enough what happened and context means everything.