Share All sharing options for: Six-Pack Of Who Dey: Bengals Could End Mike Zimmer's In-Limbo Status 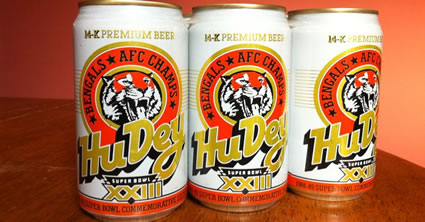 We take into account wide-ranging topics in today's Six-Pack of Who Dey. We talk about a far-reaching suggestion in free agency, putting an end to the Mike Zimmer head coaching stories, the coach that had the best season not named Marvin, Gruden or Zimmer and a couple of priorities that the team needs to sign for 2012.

Courted by virtually every team with an available head coaching position, save for the Oakland Raiders, Mike Zimmer's status with the Cincinnati Bengals remains in limbo. It goes without saying that becoming an NFL head coach is a great achievement, overcoming a challenge that once began as a low-level assistant, along with the slow progression through the college ranks.

Zimmer's coaching career began in 1979 with a 15-year stretch as an assistant coach and defensive coordinator for collegiate teams like Missouri, Weber State and Washington State. It wasn't until 1994 that Zimmer reached the NFL as an assistant coach with the Dallas Cowboys where he remained until 2007. A year after an unsuccessful stint in Atlanta, he joined the Cincinnati Bengals as the team's defensive coordinator.

During the five seasons preceding Zimmer, Cincinnati's defense ranked 28, 19, 28, 30 and 27. And during his four years with Cincinnati, the Bengals defense hasn't finished worse than 15th, with two seasons inside the top-ten.

So instead of just waiting for Zimmer's future to unfold with another team, the Cincinnati Bengals should intercept the process by extending Zimmer's contract, which currently expires after the 2012 season, including a decent (though not non-Brown-like) raise that would force Zimmer to pull himself out of the process. Even if teams like the Tampa Bay Buccaneers and Indianapolis Colts choose their coaches without Zimmer being named, the Bengals should extend his stay in Cincinnati for as long as possible.

If for anything it provides the team with insurance. Head coach Marvin Lewis hasn't been extended yet after serving the first year of a two-year contract. For any number of reasons that Lewis could leave, the Bengals simply promote Zimmer as the head coach and slide the defensive coordinator position to defensive backs coach Kevin Coyle.

"But if no team is hiring him, why should the Bengals?" Most teams with expressed interested in Zimmer as a candidate have only spent a couple of hours with him whereas the Bengals front office has four years of history that they're more than likely comfortable with.

It's one thing when linebackers and defensive backs blitz, generating pressure that would reflect a defensive coordinator's aggressive nature. It's another thing when the defensive line is the one generating that much pressure, suggesting two things: Great talent and good coaching.

Bengals defensive line coach Jay Hayes, a former Special Teams coach for Pittsburgh (1999-2001) and Minnesota (2002), joined Cincinnati the same year Marvin Lewis was named head coach in 2003. Though he hasn't had the talent to work with early in his career, Hayes is grooming Cincinnati's newest batch of defensive linemen like Carlos Dunlap and Geno Atkins while continuing to work and improve role players like Frostee Rucker, Jonathan Fanene, Michael Johnson and Domata Peko, who arguably had his best season in 2011.

For how good Cincinnati's defensive line was last year, it's easy to forget about players that played vital roles with one of the more impressive eight-man rotations in the NFL. Jonathan Fanene, who registered a career-high 6.5 quarterback sacks in 2011, rotated into the game during passing situations at defensive tackle, alongside one of the league's top defensive tackles in Geno Atkins. It's the second time in three seasons that Fanene generated six quarterback sacks or more.

Frostee Rucker, who is the bigger priority, ranked as the team's best defender against the run, scoring a 9.5 according to Pro Football Focus-- only 12 defensive ends that play in base 4-3 formations scored a higher grade against the run. Additionally Rucker posted 53 tackles, four quarterback sacks and led the team (not just the defensive line) with 10 tackles-for-loss.

Look at it this way: If Fanene and Rucker both leave, that's 10.5 quarterback sacks that the team would lose, including their best run defender on the defensive line.

Would it be too much of a stretch to argue that Cincinnati's rushing offense in 2011 was just as bad as the notorious 2007 season, when Rudi Johnson's depreciation was severely compounded by the Bengals lack of foresight when it comes to the re-development of their aging offensive line? Though the arguments why it was so unproductive can be wide-ranging, one of the areas Cincinnati's need for improvement is their situation at guard. Along with the fact that Cincinnati's need to improve the position, the incumbents will be facing expiring contracts in early March.

The New Orleans Saints are faced with huge decisions regarding several key players facing free agency this year. One of those is offensive guard Carl Nicks, who Pro Football Focus grades as the second-best guard heading into free agency. The first is Evan Mathis, who spent three seasons with the Bengals and didn't allow a single quarterback sack in 2009 and 2010. However Mathis' return is probably the least likely of any scenario imaginable and if you're not sure why I say that, read our post from April 29, 2011.

Like all things in free agency, the demand will drive proposed contracts higher than what players are probably worth. For that reason alone it's unlikely that the Bengals will put together a package to entice someone like Nicks to consider Cincinnati during his decision-making process -- provided that the Saints don't make a sweet offer to retain the guard.

Granted the offseason is less than three weeks old, Gruden's decision to decline head coaching opportunities and remain with the Bengals goes down as our early "best news" storyline of the offseason. We're fairly certain Gruden was approached by the Bengals front office early during the process, preventing Cincinnati's offensive coordinator from leaving for head coaching positions that he admitted he wasn't ready for. It solidified his resolve to stay.

Most importantly this will be Gruden's first offseason without an NFL lockout preventing communication with last year's rookies -- there was a two-month period that Gruden was allowed to speak with veterans, but not guys like Andy Dalton and A.J. Green.

Along with Dalton and Green, Gruden's decision to remain will offer development for tight end Jermaine Gresham and perhaps Bernard Scott.

There's no doubt that Bengals tight end Jermaine Gresham is as talented as they come. He's bigger than most defensive backs, quicker than most linebackers. Yet despite generating over 100 receptions, 1,000 yards receiving and 10 touchdowns during his two-year NFL career, he really hasn't had that breakout moment. On November 14, 2010 Gresham posted nine receptions for 85 yards receiving and a touchdown during Cincinnati's comeback effort from a 13-point fourth quarter deficit against the Indianapolis Colts. This year he made a tremendous fourth quarter reception during a game-winning drive and I'm fairly certain that most will remember the non-touchdown against Baltimore.

If Gresham can liken himself to anyone in the NFL, look no further than this weekend's NFL Conference Championship games. Guys like San Francisco's Vernon Davis and New England's duet with Rob Gronkowski and Aaron Hernandez -- and Jimmy Graham earlier in the postseason -- continue evolving the position much like Tony Gonzalez did in Kansas City.

Tight ends are becoming more engaged as the primary focus of a team's offense, requiring that position to be stacked with wide receiver talent encompassing a tight end's body. All of which describes Jermaine Gresham in every possible way. As the point above articulates, having Jay Gruden return should accelerate that growth and make one believe that Gresham could be on the threshold of being one of those tight end's that the league talks about.