The Cincinnati Bengals will play the Cleveland Browns this weekend. See if you'll have the chance to watch.

As one can only imagine a game between the Cincinnati Bengals and winless Cleveland Browns isn't going to draw much attention outside of the state of Ohio. In fact there are parts of Ohio that won't even get the game, around the more extreme northwestern corner. Parts of western Pennsylvania, most of West Virginia and eastern Kentucky will get the game, along with 98 percent of Ohio (totally made that number up on the spot).

Here's the television broadcast for this weekend's game [courtesy of The506.com] 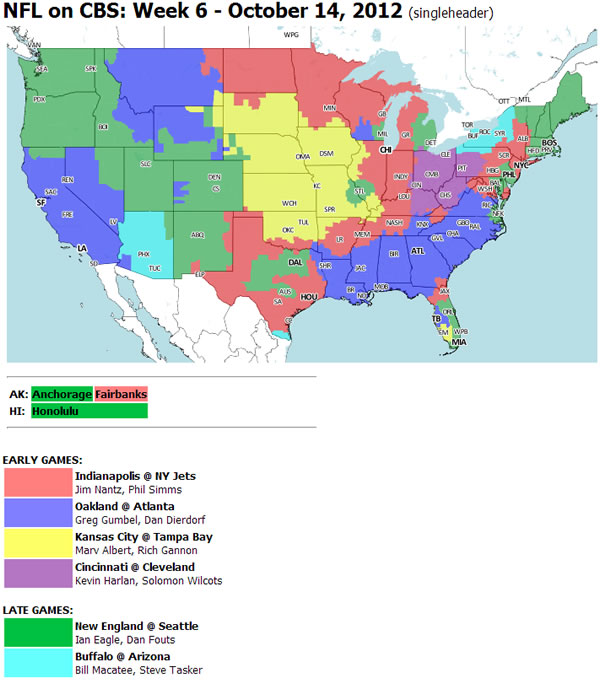 Now if you're in Cincinnati this will be the only CBS game. The FOX double header includes the Dallas Cowboys and Baltimore Ravens for the early game and the New York Giants and San Francisco 49ers for the late game.