ROUNDTABLE: Time For The Cincinnati Bengals To Win The Big Game

An old friend stops by Cincy Jungle to talk about the Bengals and their upcoming Sunday Night game against the Pittsburgh Steelers.

Share All sharing options for: ROUNDTABLE: Time For The Cincinnati Bengals To Win The Big Game

Gearing up for the Cincinnati Bengals and Pittsburgh Steelers this weekend when our old friend Jason Garrison put job and family on hold to talk about the current state of the Bengals and this weekend's important division contest. So he sat down with me for a nostalgic roundtable session.

Jason Garrison: The Bengals are home underdogs in a primetime game on Sunday night against division rivals, the Pittsburgh Steelers. To say that this is the biggest game of the season so far is an understatement. The Steelers haven't looked quite like the same team that terrorized the Bengals in the past and notorious Bengals killer Troy Polamalu is already ruled out for Sunday's contest. The big question is this: if the Bengals win, should it really be considered an upset?

Josh Kirkendall: We can safely say that every game this year will be a big game, but I'm a little down the Bengals right now. It's not that they're getting beat by teams like Miami and Cleveland that necessarily concerns me; any NFL team can beat another. It's that they've looked so self-defeating when doing it. Sustained drives are nonexistent with mindless penalties resulting in terrible third down production often asking, what I believe to be a fragile defense, to save them. Though defensively they've played well for the most part, especially recently, but there are points in the game that they break.

Will it be an upset? On paper, no. The Steelers aren't necessarily wiping out the league and they've lost already to underdogs on the road in Oakland and Tennessee. But with how the Bengals are playing recently, I could see it either way. 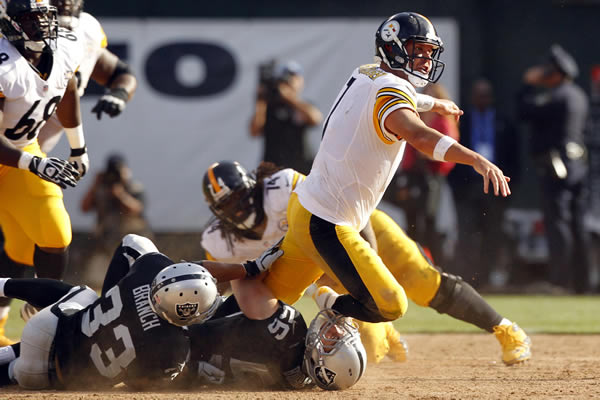 JG: I'm down on the Bengals as well because the Bengals have beaten the Bengals over the last two weeks. They've dug themselves into a hole by losing to the Dolphins and especially the Browns and even though they're still at .500, those are games that haunt teams when it comes to grabbing a playoff berth. Their backs are up against a wall now and it's either win or dig a deeper hole that will be tougher to climb out of. I think that the fans are feeling this as well as the team and they'll come out swinging on Sunday in front of a sold out home crowd.

JK: That's the hope at least. But the Bengals aren't necessarily big-game players at home when it matters the most. If it wasn't for Oakland losing last year, the Bengals would have missed the postseason because they couldn't beat the Ravens at home. Or the 2006 finale at Paul Brown Stadium against the Steelers.

JG: But this 2012 team isn't the same as they were in 2006. The only thing that ties those two teams together is a handful of players and Marvin Lewis. Other than that, it's a whole new team and considering this whole new team came close to beating the Steelers last year, when the Steelers were much healthier, with a rookie QB and a nonexistent running game, I think their chances are pretty good.

JK: Totally. A tough-minded quarterback sporting a great relationship with his all-star wide receiver, good defense and tremendous special teams. But that's not entirely my point. Can they win the big games? Of their 12 wins dating back to 2011, two were against teams sporting a winning record at the time they played their opponent -- the 4-3 Titans and 3-0 Bills. Additionally this crop of Bengals is 0-5 against the Steelers and Ravens combined.

Beat the Steelers this weekend, despite having a losing record, could go a long way solidifying some much needed confidence. 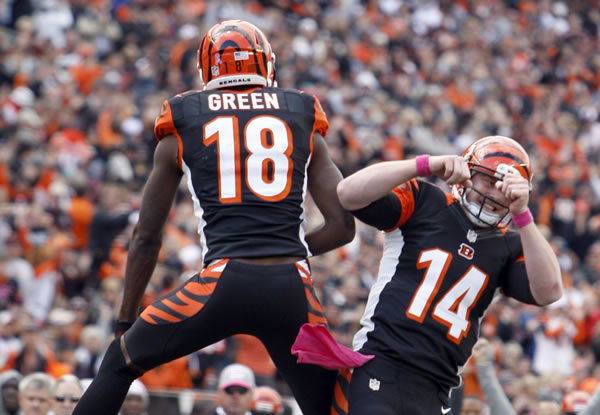 JG: I would agree with that. This game would also go a long way when it comes to a possible wild card berth if it comes to that. Last year the Steelers and Bengals both made it in. I doubt it will go that way again, but this is the kind of game that could decide which of the two play in the post season if they both are in that situation after week 17.

JK: Hopefully the losses to Miami and Cleveland doesn't hurt those tie-breaker prospects.

JG: The Bengals are starting to get into the tougher portion of their season. With the exception of the Raiders and Chiefs, they face tough teams for the rest of the season, who are led by big name quarterbacks like Ben Roethlisberger, Philip Rivers, Michael Vick, Peyton Manning, Tony Romo and of course they play the Ravens and Joe "I have one eyebrow" Flacco again. The defense has played well at times but it's going to be important for them to do everything they can to prevent the offense from needing to score a touchdown everytime they're on the field. How confident are you that they can pull that off?

JK: Very. For one thing I'm not sure if we're not making much ado about nothing with the remaining teams. Most of it is name recognition and even the Giants are up and down this year. Charger, Eagles, Cowboys are struggling and even the Ravens were hit hard with injuries just last weekend. Before the season I cringed at the upcoming stretch of opponents. Now I'm a little more relaxed. They're not playing as tough or as well to make me believe that the Bengals can't beat anyone remaining. But like the point I made earlier, they still have to jump that hurdle of winning bigger games against better opponents.

JG: The thing that stood out to me last year was the fact that, unlike previous Bengals playoff teams, the Bengals beat who they were supposed to beat and lost to who they were supposed to lose to. That's how good teams rebuild and get to the point that the Steelers and Ravens are now. Hopefully the last two weeks were flukes and the Bengals get back on track on Sunday night. This is the kind of game that can be a huge confidence boost for them, but it's also the kind of game that can turn solid ground into quicksand.

JK: With news that Ben Roethlisberger left practice on Thursday with a foot injury might help, especially in regards to his mobility. The Bengals have generated 65 quarterback sacks since 2011, tops in the AFC.

JG: 65 sacks is impressive. However, Roethlisberger is famous for being tough to tackle in the pocket. For being a bigger guy, he can move around in the backfield and make people miss. I've seen many Bengals defensive players bounce right off of him. Any sort of advantage, even if it comes in the form of a bummed ankle, is welcome when it comes to keep Big Ben contained.