Cincinnati's game against the Miami Dolphins may not be shown live if the meeting doesn't sellout before the 4PM deadline on Friday.

The Cincinnati Bengals week five slobberknocker against the Miami Dolphins remains a non-sellout. Though the team was granted an extension until Friday at 4PM (ET), it still means that the game could be blacked out locally. If not then Cincinnati will play the early CBS game at 1 PM (ET) with a large portion of Ohio and Kentucky, along with western West Virginia, having the game. Naturally the entire state of Florida and southern portions of Georgia and Alabama are included. The map (courtesy of The506.com): 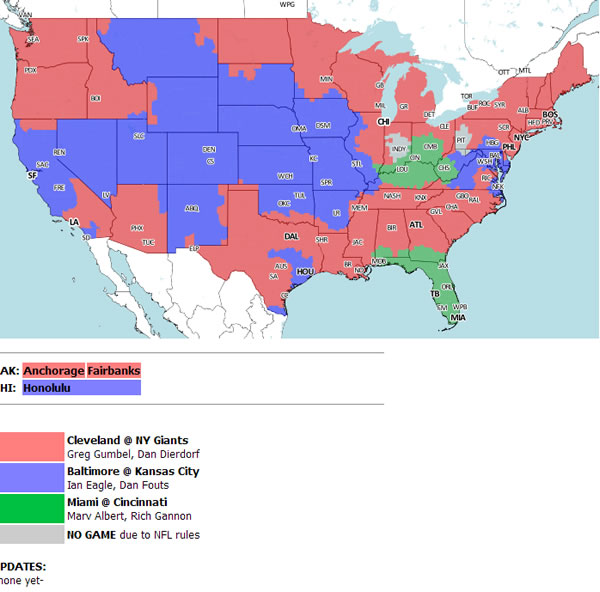 The late CBS game between the Denver Broncos and New England Patriots will broadcast throughout the entire state of Ohio and most of the surrounding regions -- well mostly the entire country. In southwest Ohio the lone Fox game features the Philadelphia Eagles at the Pittsburgh Steelers with a 1 PM (ET) kickoff. [The 506]

For our friends across the pond, Sky Sports will show the Eagles at Steelers (6 PM) and Broncos at Patriots (9:25 PM). [NFLUK.com]