The Miami Dolphins are dropping by this weekend to check out the AFC Offensive Player of the Month, among other things, while the Bengals look to keep improving since the regular season opener.

Two weeks before the start of training camp, the Cincinnati Bengals training staff became aware of an issue regarding Dre Kirkpatrick's knee. Nate Clements had an abdominal problem and Leon Hall was coming off a torn Achilles. Clements eventually returned to join Hall, who had surprisingly participated during the team's training camp sessions that week. Kirkpatrick had taken part in a handful of practices before he was shelved again with issues regarding his knee.

At one point the Cincinnati Bengals were so thin in the secondary that they promoted Chris Lewis-Harris from the practice squad, signed defensive back Chris Crocker and released/waived two tight ends. Obviously it was an effort to give Cincinnati much needed depth, if only to momentarily circumvent a build up injuries in the secondary. We would include Jason Allen in this discussion but we're not sure if he even exists, or has become legend in a stress-timed metre sung by Tom Bombadil.

Despite a slow start, completing only 53 percent (54 of 102) of his passes through week three, averaging 205 yards passing per game and one total touchdown against four interceptions, quarterback Ryan Tannehill had what amounts to a breakout game compared to his earlier production. Even though he completed a career-high 431 yards passing with a 63.4 completion rate, the rookie quarterback still generated an undesirable 1-2 touchdown-interception ratio.

Yet the Bengals secondary will be aware of Brian Hartline, on pace to fall 28 yards short of Jerry Rice's single-season receiving record of 1,848 yards.

THOSE THAT STAND IN THEIR WAY 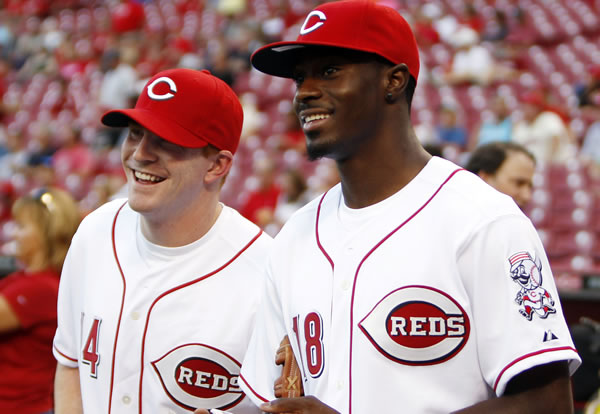 Cincinnati Bengals wide receiver A.J. Green posted gaudy numbers in September, earning AFC Offensive Player of the Month, even a nomination for player of the week in consecutive weeks. Quarterback Andy Dalton and the passing offense is challenged with the daunting task of facing Miami's 30th-ranked passing defense, having already allowed an average 297.8 yards/passing against Matt Schaub, Carson Palmer, Mark Sanchez and Kevin Kolb. A quick breakdown of Miami's secondary. 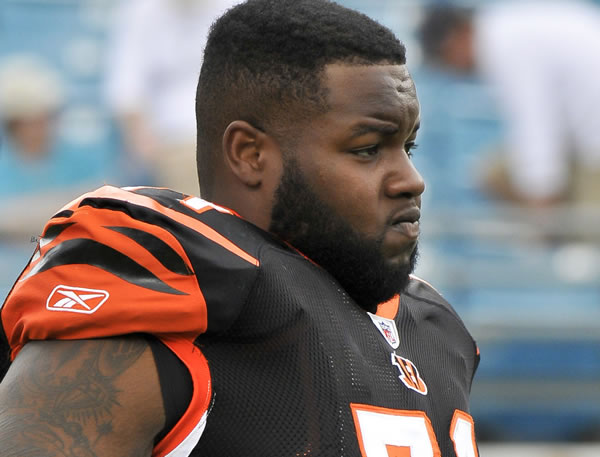 Dolphins defensive end Cameron Wake meandered around during Miami's first three games without a quarterback sack. And by meandered, we actually mean something not unlike what Yoko Uno meant to the Beatles. Then Wake brought a reckoning upon the Arizona Cardinals in week four, exploding with 4.5 sacks against the Arizona Cardinals last weekend and 15 quarterback pressures combined dating back to week three.

Bengals offensive tackle Andre Smith will largely be assigned to Wake this weekend, which could have been a terrifying proposition even a year ago. Yet Smith has held Ryan Kerrigan, Jeremy Mincey and Jabaal Sheard to zero quarterbacks sacks and a combined six quarterback hurries when they locked horns with Smith. However as much as Kerrigan was Smith's greatest thunderstorm in week three, Wake becomes a Hurricane by comparison.

When asked about it, offensive coordinator Jay Gruden said:

"Wake’s got a lot of counter moves. He's got great hips and a great low center of gravity. He's everything you want in a pass rusher. … Andre will up to the challenge. It's a big year for him. He knows it. I think people last year started to realize he's the guy we drafted. It's important for him to put two years back to back and get better each year and he has." 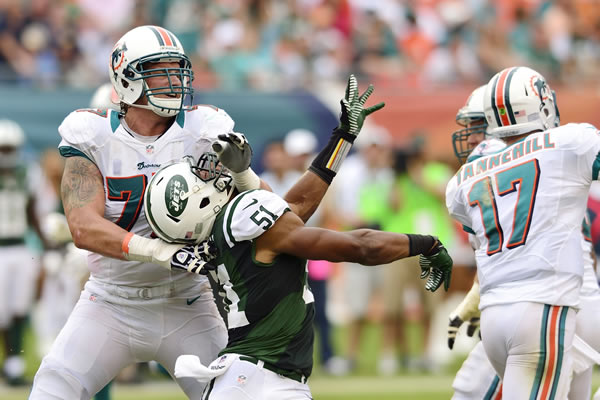 Following a three-sack performance against the Washington Redskins in week three, Bengals defensive end Michael Johnson generated a season-high five quarterback pressures against the Jacksonville Jaguars' Eugene Monroe. Beyond that Johnson didn't show up in the postgame stat line. Meaning that beside his assignment to contain the right edge against Maurice Jones-Drew, Johnson didn't generate a tackle, pass defensed, sack or even a knock down on quarterback Blaine Gabbert. It's the roller coaster of irony; going from AFC Defensive Player of the Week to a virtual nonexistent mirage the following week.

Now Johnson is tasked to make something happen against Miami's highest paid player. Left tackle Jake Long is a former first overall draft pick, four-time Pro Bowler and First-Team All-Pro. And yet he's having one of his worst seasons as a professional, having already allowed three sacks in four games this year.

"I hate it. Sacks are my biggest pet peeve," Long said a few days after Cardinals linebacker Sam Acho jumped over his cut block to produce a takedown of rookie quarterback Ryan Tannehill. "I'm working every single day to correct the problems, watching the film and seeing what I did wrong. I got to make sure it doesn't happen because that's something I hate."

On the other hand Long's biggest struggles have been against the run, accumulating a Pro Football Focus run blocking score of -6.1 against the Jets in week three and Cardinals in week four.