The Cincinnati Bengals will kickoff week nine at 1PM, hosting the Denver Broncos. Will you be in an area that will have the game on TV? We totally have your answer.

The Cincinnati Bengals will be hosting Peyton Manning and the Denver Broncos this Sunday, in a game many have already called the "why do they even bother playing the game" game. Now if you're outside the Cincinnati region, habitating around the globe or traversing through the United State of America, there's a significant chance you'll see the Cincinnati Bengals play this weekend.

The game will be shown throughout much of the midwest, the south (like the north part of the south?), the plains, all along the west coast and even tornado valley. 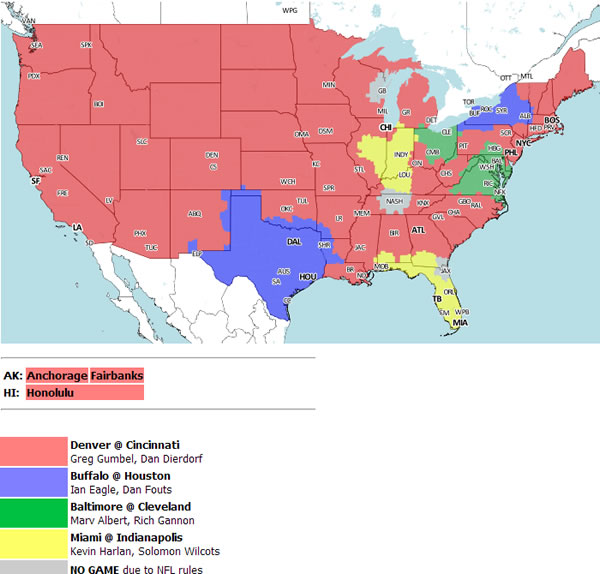 If you live in the Cincinnati region, obviously the Bengals will be the early CBS game, followed by Pittsburgh at the New York Giants (a CBS national game). Cincinnati will get Minnesota at Seattle during Fox's lone game of the week, starting at 4 PM (ET).

To see what games you'll have this weekend, visit The506.com.