It's not a national game, despite the Bengals and Steelers getting the A-Team at CBS. Will you get the game on your television?

Though the league's idea and implementation for Flex Scheduling has worked out to benefit most football fans looking for competitive games with postseason implications, there remains a limitation based on those prized and coveted television agreements. For example FOX and CBS rotate the game of the week. Wouldn't it be more reasonable to have two national games on opposing networks, one hosting the best game for FOX and CBS?

We get the reasoning why it's designed like it is (money for networks to recoup billions for broadcast rights). And we understand that most people won't add to their respective cable/satellite bill just to pick up the Red Zone Network or NFL Ticket. Yet it would have been nice for Bengals fans across the country an opportunity to watch Cincinnati play for a postseason berth against an intense rival in Pittsburgh. 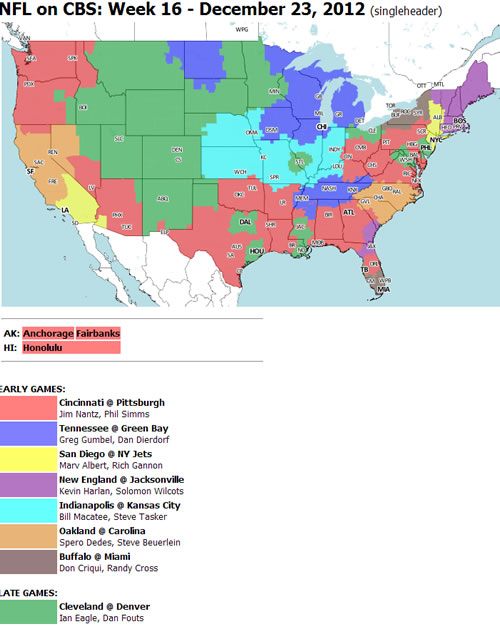 There is a caveat in all of this.

The aforementioned National Game of the Week on FOX this weekend is the much anticipated New York Giants at Baltimore Ravens, which could, based on how Cincinnati plays against the Steelers earlier in the afternoon, set the stage for an AFC North Championship game in Week 17 -- and that game is a prime candidate for being flexed (at least to the 4:25 PM hour). 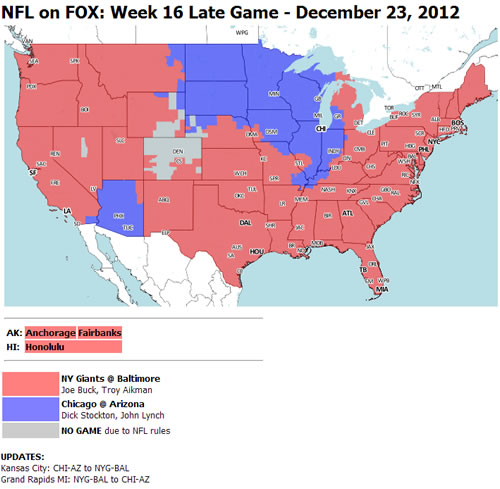 To find a game in your region, make sure to visit The506.com.