Evidence Pointing Towards Great Competition At Right Guard For The Bengals

Share All sharing options for: Evidence Pointing Towards Great Competition At Right Guard For The Bengals 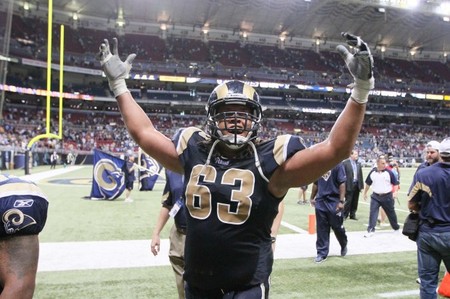 After signing a three-year deal earlier during free agency last month, it was expected that the former Carolina Panthers guard Travelle Wharton would replace Nate Livings at left guard. To say we got drunk, celebrating by running in our collective backyards with a cowboy hat, speedos and party poppers would be an understatement. Actually that might quality as an over-statement. Anywho. We're still going off the assumption that, for the time being, Wharton is the team's starting left guard. Right guard? It's a game of Clue at this point.

Marvin Lewis left the door open for Bobbie Williams, who is still rehabilitating a broken ankle against the Houston Texans -- random thought: I wonder if Paul Brown ever thought of calling the Bengals, the Cincinnati Ohioans (No, Josh. He's being honored for his creativeness).

Also projected as competition for the position is Otis Hudson, whom offensive line coach Paul Alexander called one of the most improved before his injury during training camp. There's Clint Boling, last year's fourth-round draft pick who started three games during Williams' four-game suspension.

And then there's recently acquired Jacob Bell, with 100 career starts (most at left guard) during his NFL career with the Tennessee Titans and St. Louis Rams. When asked where Bell fits on Cincinnati's roster, Alexander deflected saying, "It will play out. And we have two young guys, Otis Hudson and Clint Boling that are in the mix."

What's amounting to a vicious competition at right guard could be a reason that the Bengals deflect the need for a first-round offensive guard during this month's NFL draft. This, of course, will sit poorly with Bengals fans, but it makes sense based on the rhetoric we're hearing from the coaching staff. We hate to say it, due to the unpopular nature of the perspective, but the Bengals have never drafted an offensive guard in the first round and the closer that we get to the NFL draft this year, the increasing distance of the likelihood that happens. Or we could be wrong. But we never are.