Coming into the second round of the 2012 NFL draft, following the team accurately addressing needs at offensive guard and cornerback in the first round, we identified positions that could be addressed on Friday ranging from skill positions at wide receiver and running back, to a defensive lineman (specifically a pass rusher).

Still is one of the most NFL-ready interior lineman of this year's senior class and arguably one of the most polished and "safe" picks of the draft. He has massive size to clog lanes on the inside and occupy blocks. Still displays good technique to beat double teams and get to the passer, and the power to bowl over would-be blockers to be disruptive in the backfield. He has been a reliable and productive player throughout his time at Penn State. A team that needs to address its run defense and add a player who will occupy and keep linebackers free in a 4-3 or 3-4 scheme likely will select Still in the middle of the first round as an immediate starter. 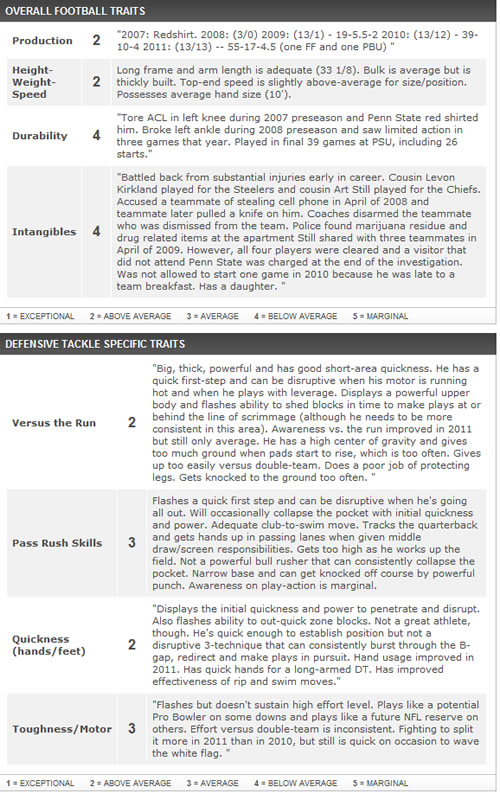