Nike Unveils Bengals Uniform: Much Of The Same With Slight Alterations

Share All sharing options for: Nike Unveils Bengals Uniform: Much Of The Same With Slight Alterations

The NFL decided to let their ten-year association with Reebok to expire, allowing Nike to swoop in with their own bid, which the league decided to take. Rumors of the actual have been reported as high as $1.5 billion to a five-year deal worth $150 million per year (which royalty included). Though some teams decided to rehaul their entire design, others made slight alterations that might go otherwise unnoticed to casual fans that simply tune into to watch the Bengals on Sundays and move on about their lives.

Without further ado, their new designs per Bengals.com. There are slight changes around the collar and the knee, but the uniforms -- save for the totally fly video game style of the picture itself -- is otherwise the same. 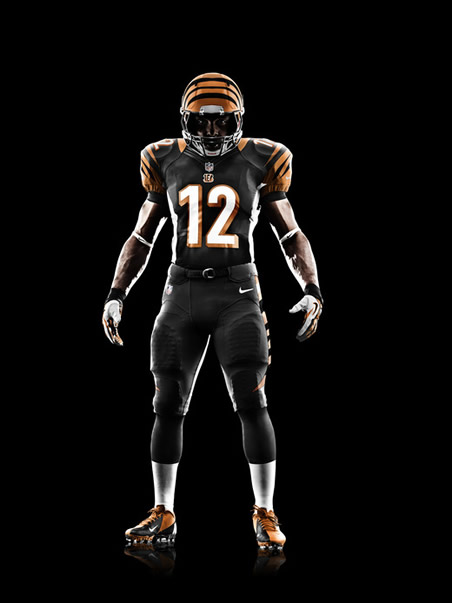 UPDATE: A look at the uniform combination with white pants, per UniWatch: 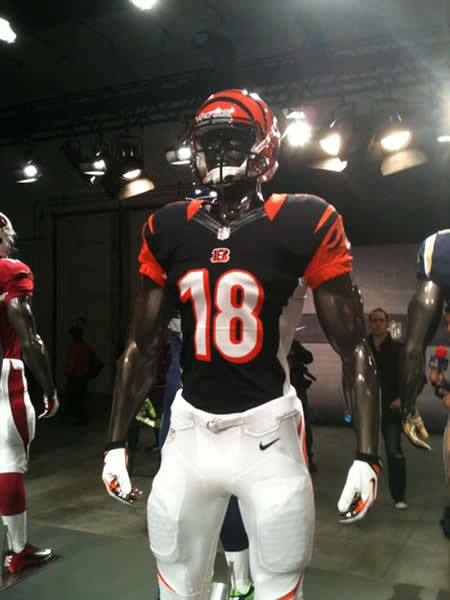 Now the cleats and shoes are snazzy, however we're not sure if that's required wearing or just what's available to the players. 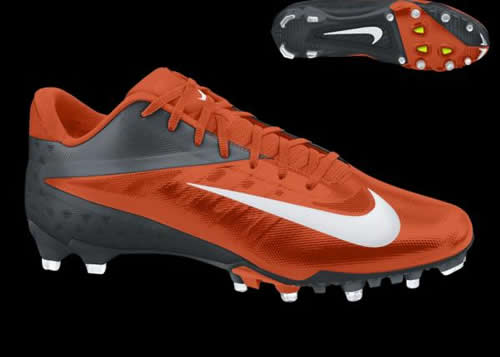 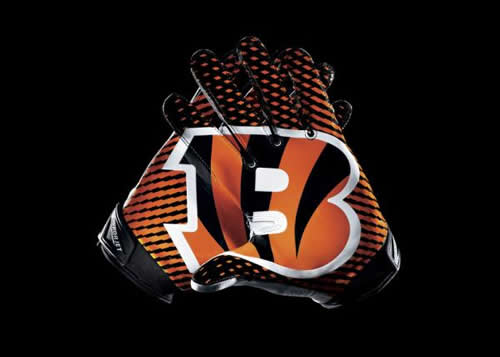 Cincinnati's last major uniform change, the one they're currently using, with those designs pre-Nike unveiling that stopped the NFL world. 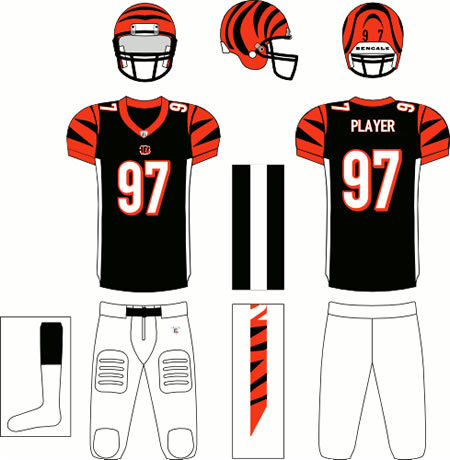 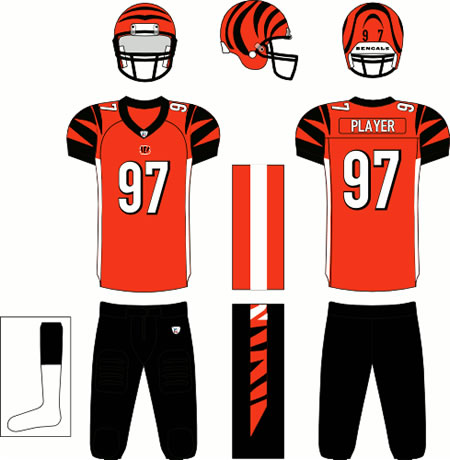