Last year Baltimore Ravens running back Ray Rice recorded three 50-yard plus runs, two of which resulted in touchdowns against the Cincinnati Bengals during the regular season finale. It nearly cost Cincinnati a playoff spot, who needed a win without help to continue an unexpected season, finding help from alternative scenarios to earn a postseason berth.

Joe Flacco hands off to Ray Rice, targeting the right side of the offensive line. Rey Maualuga instinctively followed Rice's point of attack, angling a position that would have stalled Rice's momentum inside the rushing lane. Instead Pro Bowl guard Marshal Yanda fired out into the second level locking into Maualuga, who was unable to shed the block. In fairness to Maualuga, Lawson was slow breaking off Dickson's block, Crocker couldn't help collapse the lane and Carlos Dunlap obstructed most of the defensive line's pursuit, forcing Geno Atkins and Domata Peko to go around. 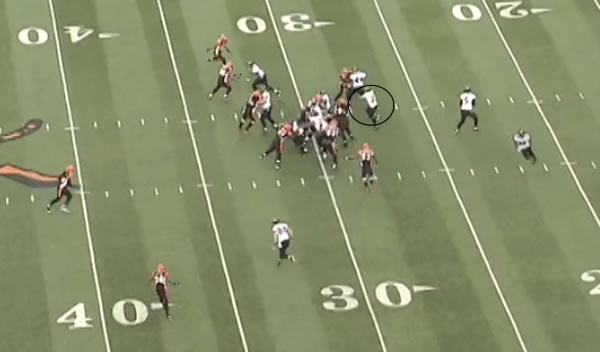 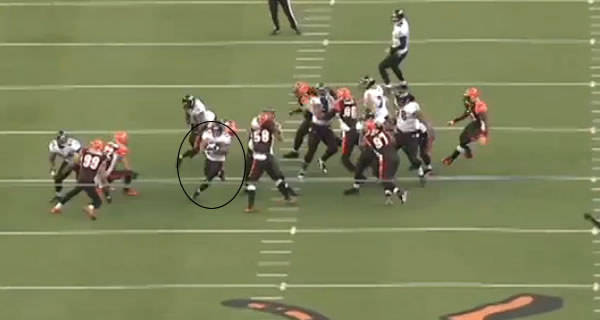 Baltimore has a third-and-one from their own 49-yard line with under six minutes remaining. The Bengals are only down by four, in a win-and-you're-in scenario against the Ravens, who had already clinched a playoff spot. The Ravens called a Ray Rice run to the left, taking a 24-13 lead late in the game following Ray Rice's 51-yard touchdown run.

Blockers established control over the Bengals front seven, with Rey Maualuga neutralized at the point of attack. Frostee Rucker, Domata Peko and Dan Skuta were easily blocked and Chris Crocker was assigned contain, taking himself out of Rice's eventual rushing lane. 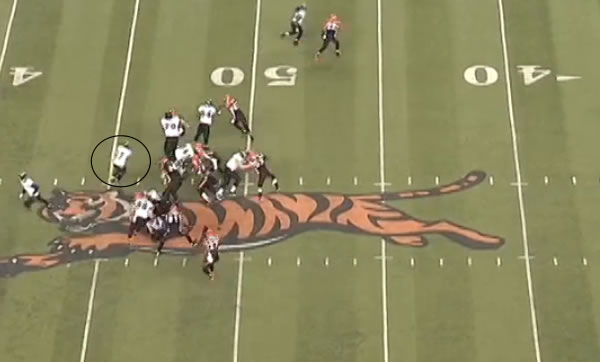 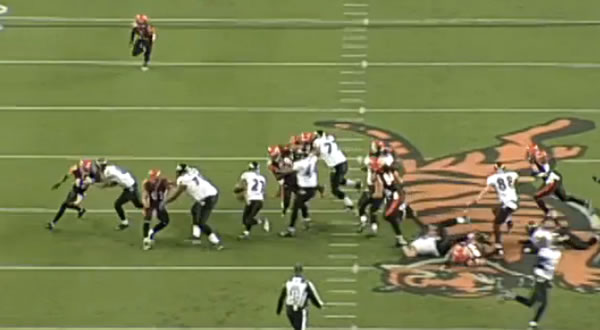 Rice avoided an out-of-control flop by Reggie Nelson, leaving an open field for Rice to score his touchdown.

A year later and the Cincinnati Bengals biggest personnel change from last season is Taylor Mays replacing Chris Crocker, who was assigned outside contain indirectly excluding him from the point of attack during both touchdown runs. If Cincinnati's front-seven isn't able to inflict their own dominance against the Ravens offensive line, it could translate into another masterful evening for Rice and the Ravens rushing offense.