Five Matchups To Watch Between The Cincinnati Bengals And Baltimore Ravens

Share All sharing options for: Five Matchups To Watch Between The Cincinnati Bengals And Baltimore Ravens 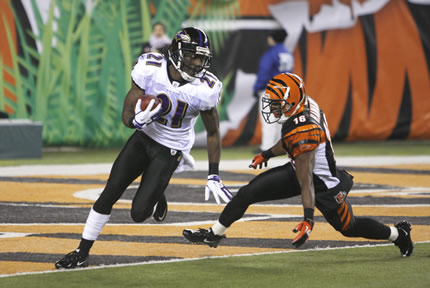 + WR A.J. Green vs. Lardarius Webb. During his only game against the Baltimore Ravens last season, wide receiver A.J. Green posted only two receptions for 26 yards receiving. One of those receptions was against cornerback Lardarius Webb, who held opposing quarterbacks to a passer rating of 42.0 last season -- no touchdowns allowed while picking off eight passes.

+ MLB Rey Maualuga vs. Vonta Leach. Perhaps one of the better, if not the best, fullbacks in the NFL today, Leach gave Rey Maualuga fits during the regular season finale last year, which opened lanes for Ray Rice's 191-yard effort. 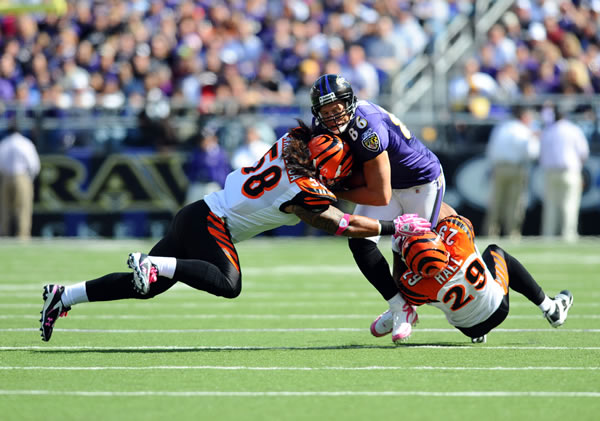 + C Jeff Faine vs. NT Haloti Ngata. Monday will mark the first time that center Jeff Faine will be wearing a Cincinnati Bengals uniform in a game. He was signed late during the preseason following Kyle Cook's injury against the Packers and didn't play during the preseason finale against the Indianapolis Colts. His first assignment. One of the league's best defensive tackles in Haloti Ngata. 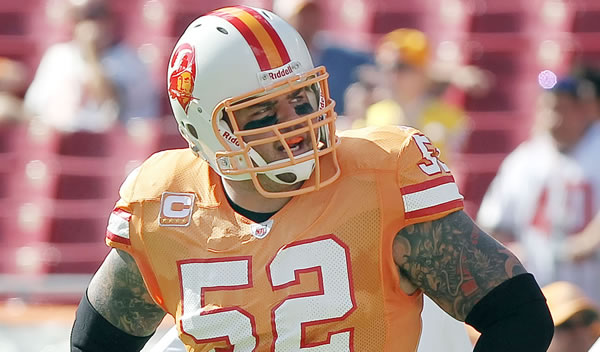 + FB Chris Pressley vs. MLB Ray Lewis. When Cincinnati sported multiple-back formations last season, they ran the football just below 45 percent of the time when Chris Pressley was on the field. Pro Football Focus graded Pressley as the league's seventh-best run blocking fullback. Lead-blocking through the point of attack, he'll collide often with Ray Lewis, who has an elite feel for the intended rushing lane. 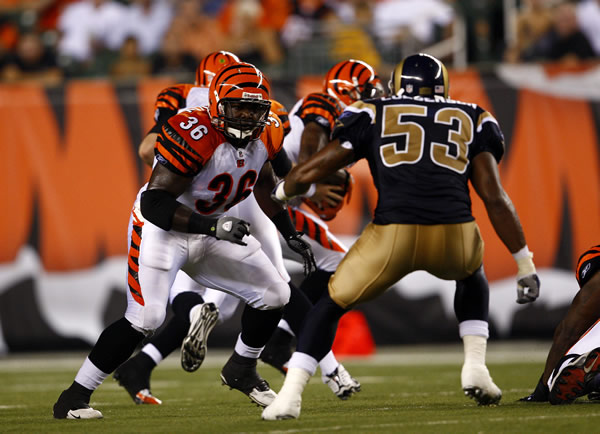 + LT Andrew Whitworth vs. DE/LB Albert McClellan. Albert McClellan has slowly ascended the ladder on Baltimore's defense. First a special teams player in 2010, then led the team with 12 special teams tackles in 2011 before starting his first game as Ray Lewis' replacement after the middle linebacker suffered an injury.

McClellan has yet to record a quarterback sack in the NFL, but he's very strong against the run. With Whitworth struggling in run blocking since the second half last season, Cincinnati's starting left tackle could be facing a rather challenging test. 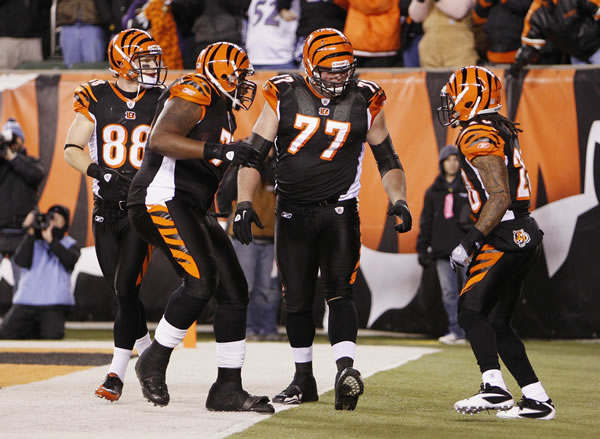