Just under three minutes remaining in the first quarter and the Bengals were struggling. Offensively they couldn't mount any momentum and defensively they couldn't stand against Baltimore's onslaught. The crowd was rowdy and the Ravens were charged. Then late in the first quarter the offense picked up their first first down, even reaching midfield on third and two. The Bengals called BenJarvus Green-Ellis' number and the offensive line dominated Baltimore's defense.

The entire left side of the offensive line collapsed the interior of Baltimore's defense.

Even Jermaine Gresham, who aside from his issues of getting more involved is becoming an excellent blocker, gets in the act, taking out outside linebacker Paul Kruger with Andrew Hawkins wiping out safety Bernard Pollard. 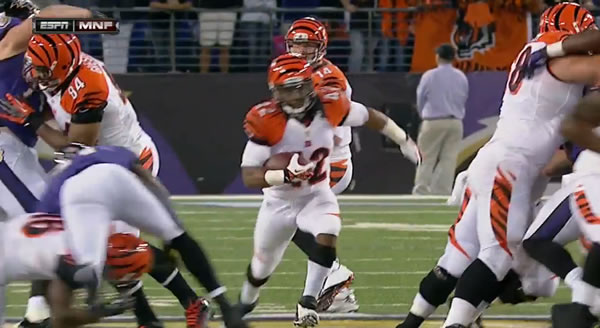 Son. That's just damn good blocking. Green-Ellis picked up 13 on the third down conversion and the Bengals would go on to score a field goal to reduce Baltimore's advantage to seven points.

Several minutes and an Anquan Boldin 34-yard touchdown reception later, the Bengals have third-and-one from their own 29-yard line with 11:25 remaining in the second. The Ravens pack eight on the line and Green-Ellis takes the handoff to the left. 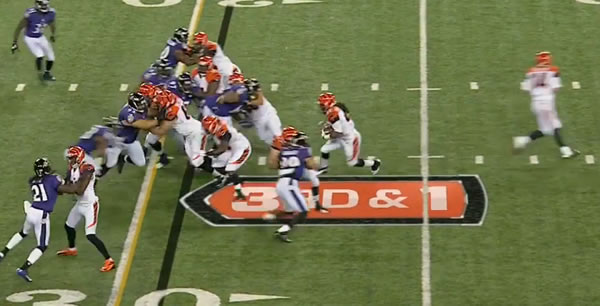 Whitworth easily seals the outside while Chris Pressley leads through the line of scrimmage... 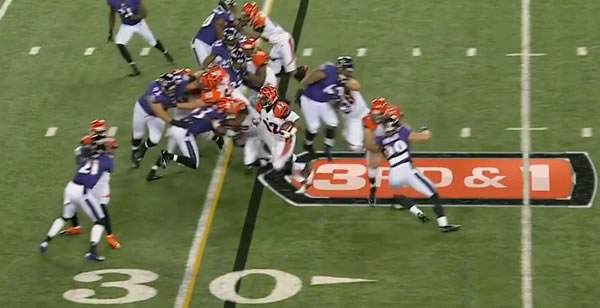 ...and wipes out Jameel McClain. In the meantime the interior defense fails to strafe down the line of scrimmage and A.J. Green neutralizes Lardarius Webb, who was naturally more concerned with the sidelines.

Green-Ellis sprints through the carnage and finds himself free to pick up 12 yards on the ground. 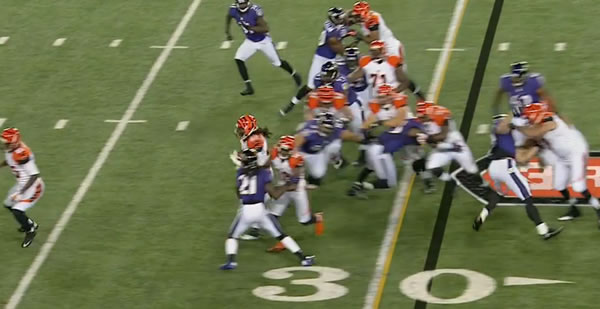 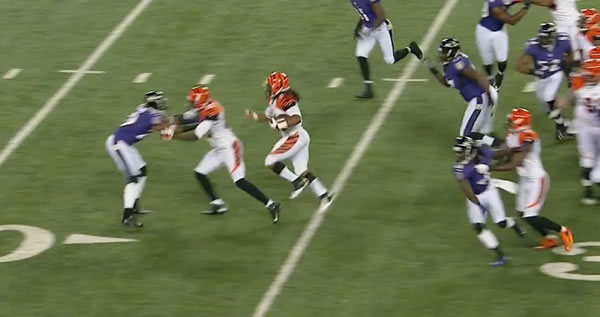 The blocking from another angle. 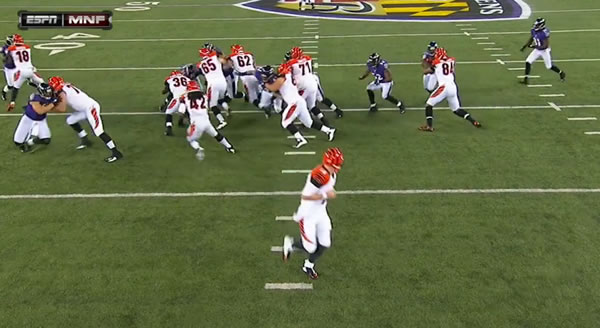 It's not like the Ravens were taken by surprise on either play. Both were third and short, traditionally power running downs and the defense expects it both times. Yet both plays result in double-digit gains.

How about fourth and one from Baltimore's 34-yard line with 2:36 remaining in the first half. Cincinnati wasn't going to do anything tricky and the Ravens packed the line of scrimmage. It was man against man. It was pure football on the line of scrimmage -- one of the lone things that hasn't changed in over 100 years. 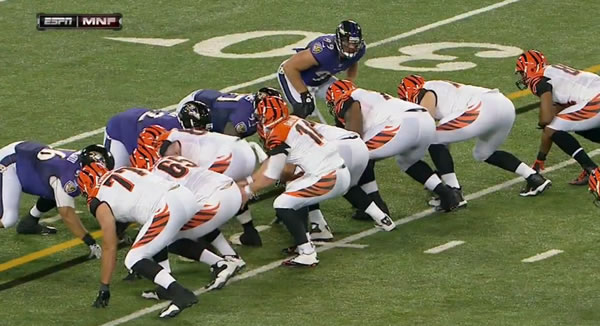 Dalton watches Pressley lead-block left as the offensive line blocks to their left. 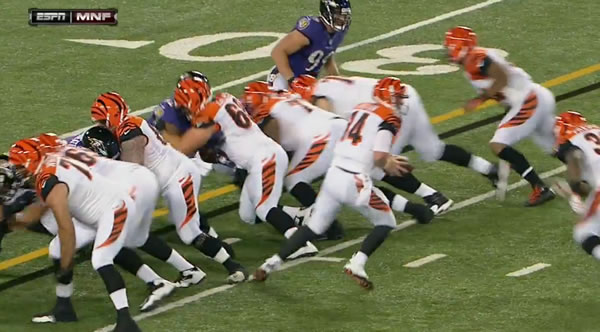 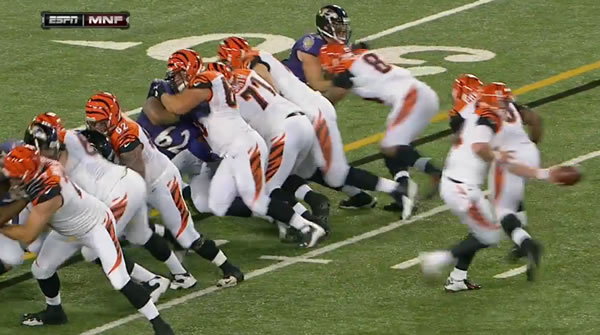 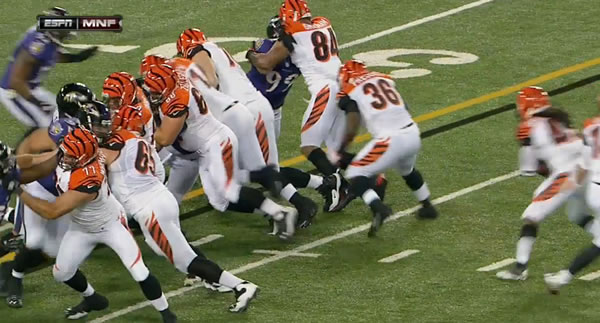 Pressley enters the line of scrimmage, finds a little gap and a roaming Ray Lewis. 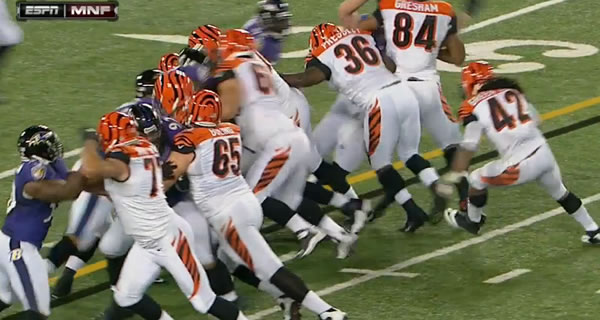 ...and that little bone-crusher desperately wants to hit something, so instead of waiting, he dives through the line of scrimmage and helps Green-Ellis with enough room to pick up four yards on the fourth down.

One thing we've noticed about BenJarvus Green-Ellis over Cedric Benson is his decision-making process. It's quick. Sharp and instant. He makes the first cut and moves upfield. There's no hesitation, only predator-like patience. But most importantly he has an offensive line that took it as a challenge to push Baltimore and dominate the line of scrimmage. He has a little fullback with spring-loaded legs that will wipe out the short-term memory of someone not bracing for the hit.