Now that we have two weeks worth of data to analyze, some passing trends are starting to emerge. For one, the Bengals will be passing the ball a lot; they've called over 40 pass plays in each game so far.

On paper, Andy Dalton hasn't been bad. In fact, last week's performance was statistically his best as an NFL quarterback. After charting each of his throws, you can ee how flawless he and this offense have been on anything short. It's the deep passing that leaves something to be desired. Let's take a look at the last two week's individual performances. 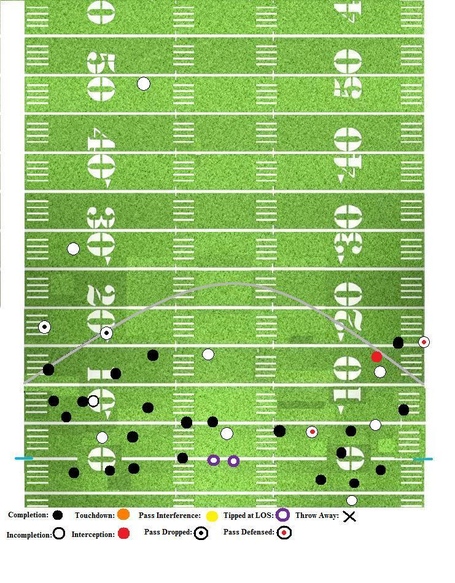 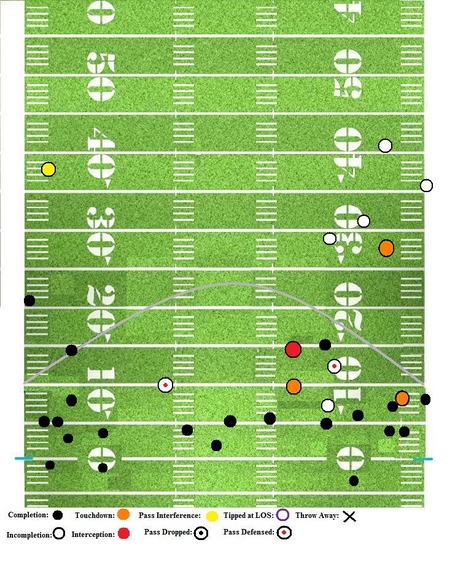 Of Dalton's 71 attempts, 42 have been out of shotgun and 15 passes have been off play-action. That leaves only 14 pass attempts with a normal drop from under center.

Andy Dalton out of Shotgun 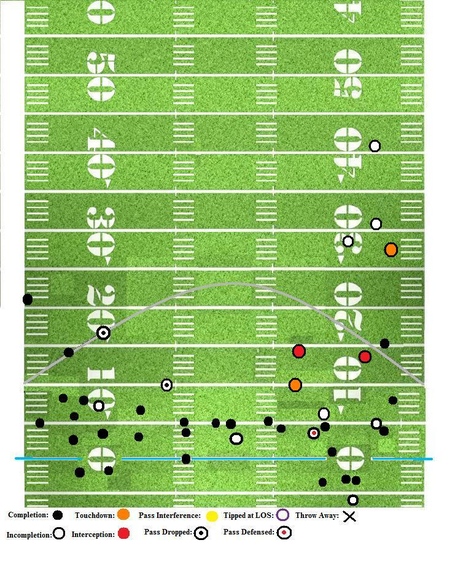 In the Shotgun, Dalton is only 28 of 42 (66.7%) with two touchdowns and interceptions respectively. A total of 59% of all throws have been from Shotgun. (h/t jmperkins39) 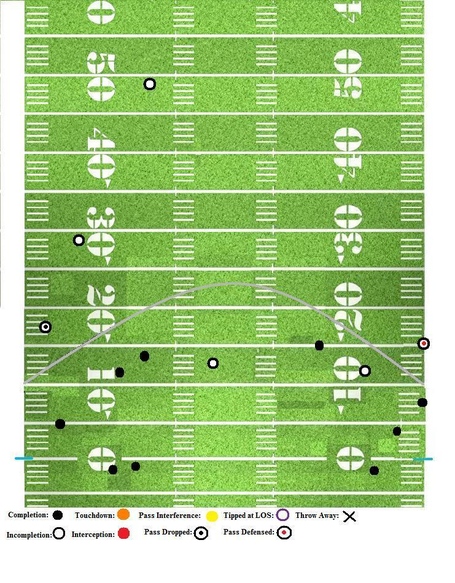 From Play-Action, Dalton is 9 of 15 (60%) without either a touchdown or interception. 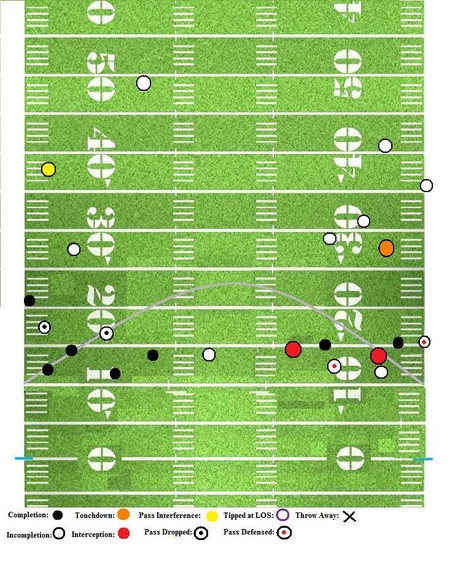 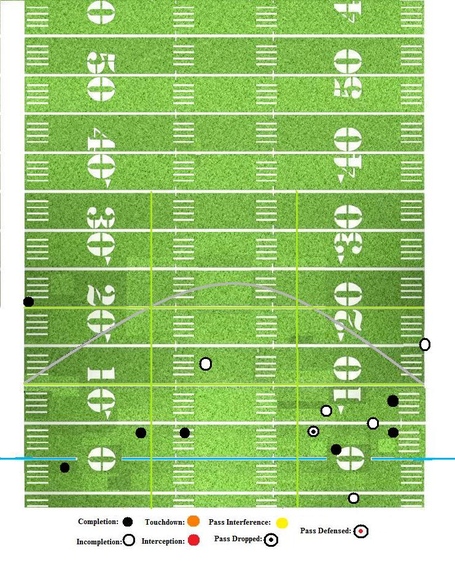 Jermaine Gresham has been targeted 13 times and caught seven passes through two games. His average targeted depth is only about 6.1 yards downfield. Looking at the chart, you have to wonder why Gresham isn't being targeted over the middle more than twice in two weeks.