It happens during every predraft process, reborn when possible franchise player joins a team. In the end it's the most trivial debate in football.

Share All sharing options for: The Ridiculous Franchise Quarterback Debate

Is Andy Dalton a franchise quarterback? 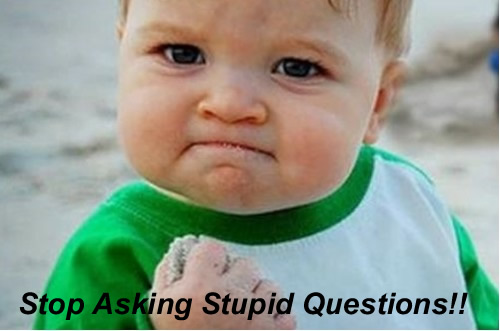 Do it, attitude kid.

Was Tom Brady a franchise quarterback in 2001? What about Ryan Leaf in 1996? One becomes a Hall of Famer that's won three Super Bowls, married one of the top super models and the other has turned into a drug addict breaking into homes to finance his habit. It's a dynamic question that will be asked of a player years after joining the NFL. Jack Thompson, selected third overall in the 1979 NFL draft, was a franchise quarterback. Three seasons deep into his NFL career, he started five games and watched the old guy, Kenny Anderson, reclaim it. Jeff Blake tossed the second-most touchdown passes during his first 32 career starts in franchise history. Despite being fourth in Bengals history with 15,134 yards passing, he's not a franchise quarterback.

Franchise quarterback. An imposing signal caller, standing with immoral implications of a lethal spiral that scores 60-yard touchdowns that accounts for nine points per possession. By sheer force of presence, he inspires teammates to turn in Pro Bowlian efforts. Too much?

Perhaps just a field general. A mortal man with many years of service to one team that compartmentalizes chaos, absorbs the poison and translates calm, collective leadership. A game manager, as only a compliment can sound so insulting.

None of these define Andy Dalton. He's not a slinger, won't be confused as an elite NFL quarterback. He doesn't scare anyone, including opposing defenses with two agendas -- blanket A.J. Green, stop the run. He shows an impressive ability to compartmentalize, to forget a bad play. Yet the act of composure in the pocket is hardly impressive -- though we'll label that one as "not his fault" for now. I get it. Maybe soon. Maybe even next year. You know me. I don't often invest into maybes, despise unsubstantial prognostication and think "faith" is for the feeble-minded.

But when it boils down to it, franchise quarterbacks are also defined by winning.

That fact is hard to ignore. In 34 games played during his two-year NFL career, the Bengals are 19-15. For the first time in 30 years, the Bengals qualified for the postseason in consecutive years during full seasons while Dalton is already scribbling his name in the team's record books.

Of course we refer to the Bengals because, well, the defense provided some help. Just ask Leon Hall against the Pittsburgh Steelers or Geno Atkins against... everyone. Speaking of which, if we're going to call someone a franchise quarterback, let's start calling Atkins a franchise defensive tackle. A.J. Green a franchise wide receiver. Would you be willing to call Kevin Zeitler a franchise offensive guard? Probably not. Doesn't have that sexy ring to it like Franchise Quarterback. We tend to capitalize such things.

It's just that we don't care. It's a label. A meaningless one at that Mike Zimmer's buddy Joe in Kenwood has among friends.

In the end Dalton will play for the Bengals for a several years and if trends continue, he'll win a bunch of games. Definition of a franchise quarterback? Why not? The position he plays fits and the length of time he plays is consistent. That is if you believe in unsubstantial prognostications.