The league and Nike are showing off the spanking new uniforms that will be used at the new fantasy football style Pro Bowl.

The Pro Bowl. An annual all-star game that's played between the conference round in the NFL playoffs and the Super Bowl. An exhibition of the best players in football, playing at 50 percent to avoid unnecessary injury (with good reason), while people endlessly complain about a game that remains relatively healthy in ratings. Idle threats from the NFL Commissioner says, we better put on a better product or this will be cancelled. Then apply a draft lottery to remove the whole AFC/NFC angle.

The NFL and Nike Football announced that players will wear sport new uniforms at the Pro Bowl. 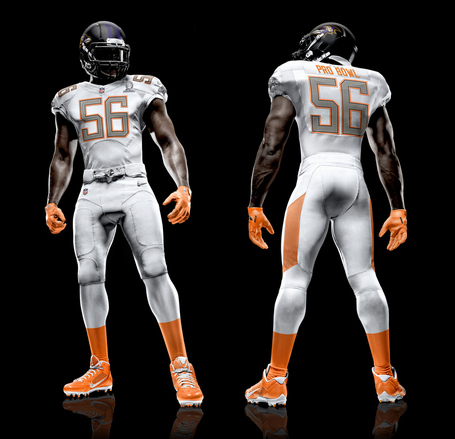 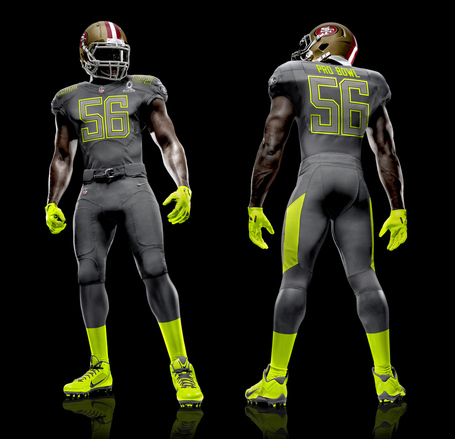