The end of a tailgating era - The WhoDeyFans Bus

Ever wanted to own a piece of history? Or just have bragging rights over all your Bengal loving friends? Here is your chance.

Share All sharing options for: The end of a tailgating era - The WhoDeyFans Bus

The WhoDeyFans bus, aged 28, passed on this week. 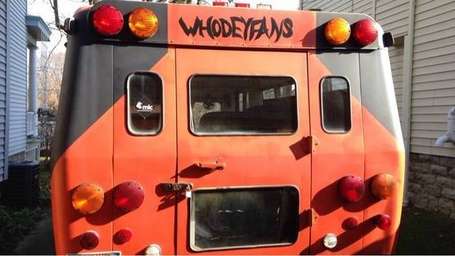 Acquired in 2005 she was brought to all her WhoDey glory by 3 friends who shared a love for the Bengals and tailgating. Every season she was at the ready to haul groups of tailgaters to the lots to witness grilling, Louisville Chugger and Tecmo Super Bowl battles.

She survived playoff seasons, and losing seasons. She cheered as the Bengals swept the division and dried our tears as the Jets crushed our playoff hopes. She even made several appearances at Reds games over the years.

She is survived by countless Bengal fans that have enjoyed spending Sunday afternoons and some evenings with her.

All is not lost though, while she may be passing from my possession, she could live on with someone else.

That's right, you could own a piece of WhoDeyFans history in the 1985 Chevy "short" Bus.

To see her in all her glory you can see her ad on Craigslist here.

May she live on and prosper. 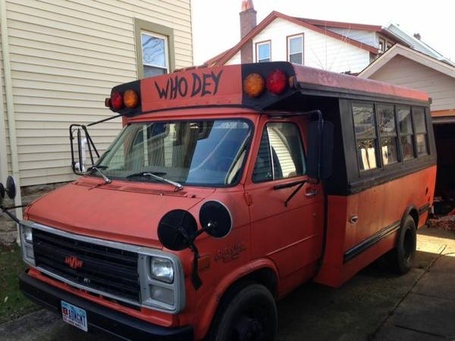