A Pixar animator illustrated a lot of the 2012 NFL season. How did he depict the Bengals?

Share All sharing options for: Pixar Animator Illustrates Bengals vs. Chiefs from 2012 Season

Austin Madison, an animator at Pixar, spent every week of the 2012 NFL season illustrating a photo that represented a match up for each respective week. Madison's work is presumably not a project that Pixar has employed him for considering he's using his personal blog as an outlet for his various drawings.

During week eleven of the 2012 season, he illustrated the Bengals victory against the Chiefs. 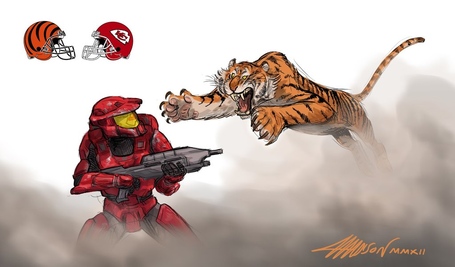 I would assume this could be a top-notch nomination for desktop wallpapers for most of you, eh? If Madison had chosen a division game to illustrate (i.e. Steelers loss in week sixteen), I probably would have pasted and printed it on so many things that Mr. Madison may have sent me a cease and desist letter.

Now for the buzzkill, Bengals fans: 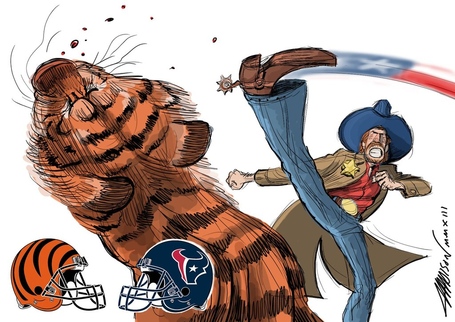 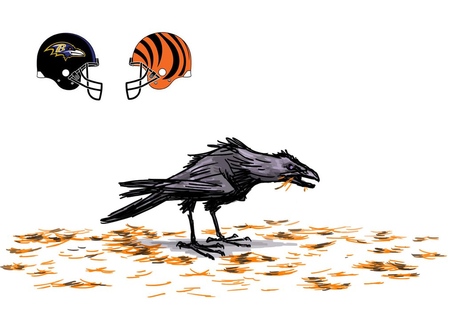 I suppose I should have ended with the Bengals vs. Chiefs image.

Regardless of taking our lumps from the Baltimore and Houston losses, we still have a nice image courtesy of Madison for an impressive season recap on a grander NFL scale. More of Austin Madison's work can be found here.