A new daily feature on Cincy Jungle, here's some things that make Jason an angry Jason.

Test. This is only a test. If this goes well, great. If not, great.

There are a lot of things that make me transform from an ordinary person to a green rage monster and it seems the older I get, the faster these things set me off and make me grind my teeth until my head feels as if it's going to explode. Maybe I'm just an angry person. Maybe I'm not and everyone wants to legally go on a head bashing spree every once in a while. Maybe it's a little bit of both.

As you can imagine, having a temper and being a Bengals fan are not two things that go well together. The Bengals can be an extremely frustrating team and I'd be lying if I said I haven't broken any remotes by throwing them across the room or scared neighbors by yelling like a lunatic on Sunday afternoons. My father could always watch the Bengals and voice his frustration by shaking his head and calmly explaining to me what was upsetting him. If you took my father and dosed him with a lifetime supply of steroids and pumped enough amphetamines into him to kill an elephant then you would get me on game day. 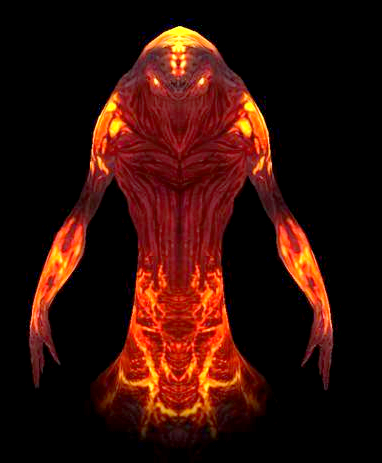 That's obviously not a healthy way to express my anger over the Bengals.

So I'm hoping this is.

Here's some things that have been bothering me lately.

+ The Bengals have done exactly what we expected them to do in free agency this year, which was re-sign their own guys and that's about it. It's becoming fairly clear that Andre Smith is running out of options and he'll likely sign with the Bengals. However, I can't go 20 seconds on Twitter without reading 500 tweets about how terrible the Bengals are for not throwing all their money at every single player with a recognizable name.

The 49ers took the same approach a few years ago by building in the draft and signing under-the-radar free agents that can help the team. Really, the trade for Anquan Boldin is one of the bigger things they've done in a while. They went to the Super Bowl last year.

Calm the hell down. The Bengals are doing okay. If they re-sign Smith, they're doing even better than okay. They don't need to spend all their money right now on every player that you like on Madden.

+ I understand rule changes in the NFL, I really do. To protect themselves, the league has to protect their players, and making rules to help cut down on brain injuries is a logical step.

Or there's this idea.

Every NFL player signs a clause in their contract that says they understand the risks of playing football and that they won't take legal action if they're debilitated later in life. I guarantee you that every player, seeing all the zero's in their contract, will agree to sign that deal. Nobody's forcing them to take the field and nobody's forcing them to lower their helmets. They do it because they want to and they're willing to take that risk.

+ I understand why J.R.R. Tolkien didn't just have the giant eagles fly Frodo and Sam to Mount Doom so they could drop the one ring in the lava and kill Sauron before he even got his giant red eye open or why they could fly the dwarfs to the Lonely Mountain. If they did, the world would have been deprived of one of the greatest fantasy stories of all time. However, why couldn't one single character at least recommend that solution to the problem? That's what doesn't make sense.

+ The Bengals offensive playbook was impressive to start the 2012 season and was highlighted by Mohamed Sanu's touchdown pass to A.J. Green. What happened to all of that originality? What happened to the creativity. It seemed as the year wore on, offensive coordinator Jay Gruden ran out of ideas.

+ Having a kid makes it harder to do things that I want to do. That's obvious and it was expected. However, one of the things I've missed the most has been video games. I was an avid gamer, getting wrapped up in the world of Mass Effect and Dragon Age before my son was born. Now my PS3 and XBOX 360 are collecting dust. Of course, I'd rather raise my son than play video games, but I still miss kicking ass with Commander Shepard, the Gray Wardens or the Champion of Kirkwall.

+ Prometheus spit in the face of the Alien franchise and as far as I'm concerned it wasn't any better than Alien Resurrection. Thanks for getting my hopes up for nothing, Scott.

+ Weather in Southern Ohio makes me want to hurt somebody.

+ I am so sick of mock drafts and draft talk in general that I just want the damn event to get here and be over with, not because I want to see who the Bengals select, but because I want to quit talking about it. I can't be the only one.

+ What's pissing you off today?

This will have much more to do with football in the future. I just had to get this stuff off my chest.