We take a look at some recognized publications offering head-scratching analysis, a look at last year's free agency and the implications of Terence Newman's tweet.

Share All sharing options for: BB: Know Thy Team; A Look At Last Year's Free Agency

+ Mock drafts that take place more than a month from the actual NFL draft can be frustrating things. Further compounding these issues is that there are free agents that the Cincinnati Bengals are trying to retain, which makes all of the difference for anyone's attempted mock.

Russ Lande with the National Football Post has Cincinnati selecting Florida State offensive tackle Menelik Watson with their No. 21 selection. It's not selecting an offensive tackle that forces us to scratch our collective minds. It's the comment: "Although the Bengals may still decide to re-sign Andre Smith, the odds are not in favor of that." 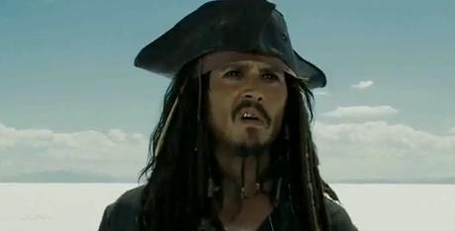 As far as we can gather (and we gather good, pa!), Cincinnati is the only team negotiating with Smith right now. Eventually there will come a time when the Bengals say, "take it or leave it" and Smith thus signs. Most analysts and experts observing the NFL have largely concluded that Smith will return and all signs have pointed to that eventuality. Someone isn't paying attention to current events. We get that mock drafts are about as useful as the Guide to Peaceful Negotiations for Raylan Givens, but have a handle on the current events regarding the team. Please.

Pro Football Focus issued the same thing, though on a smaller perspective; obsessively relying entirely on their statistics and grades, whereas applied common sense has become a faded dance of the intellect. When redrafting the 2009 NFL draft (again, more useless s***), they re-draft Cincinnati with a defensive end, writing, "A team sorely lacking pass rush. Brian Orakpo could help that out for sure."

Cincinnati finished with a franchise-best 51 quarterback sacks in 2012, third in the league, led by Geno Atkins (12.5) and Michael Johnson (11.5) with two additional pass rushers that reached six or more. The year before that, they ranked No. 5 with 45 quarterback sacks, all without Brian Orakpo, perhaps one of the biggest cavemen bullies this side of the 21st century.

It's possible that the criteria is based on the 2009 season and the immediate vicinity, but then what's the point in a re-draft nearly four years later?

+ There's a perception that the Bengals did more in free agency last year. Perhaps. But where did that get them? Let's look.

Four of those seven were either out of the NFL or seriously injured by Week Three. Jason Allen didn't do anything on defense, though Newman and Green-Ellis were significant contributors.

We're not influencing or suggesting an opinion. Just something that interests us.

+ Darren Heitner, the founder and Chief Editor for SportsAgentBlog.com, reflects on Terence Newman's tweet that famously read: "If anyone sees Ben Dogra of CAA, tell him I'd like him to get my deal finalized so if he could call me it would be appreciated." In our honest opinion at the time, we felt that the tweet was more of an announcement that he had decided; not a declaration that he can't find his agent.

Unfortunately content being read on the internet is far more applicable than context.

Heither wrote that the tweet, "generated quite a buzz, at least throughout the agent community, and is pretty embarrassing for the agent. It provides competitors a reference when they recruit against Dogra and use the sheer number of players that have signed a Standard Representation Agreement with him as a reason for players to sign elsewhere."

Ultimately when Newman signs, we're expecting a clear-things-up response from the player that should give Dogra a little face. Unless we see that "Newman fired Dogra" tweet, then our buttered popcorn will be inhaled with vigorous attention.