The Cincinnati Bengals selected their third offensive linemen during the 2013 NFL Draft.

Share All sharing options for: 2013 NFL Draft: With The No. 251 Pick The Cincinnati Bengals Select South Carolina Center T.J. Johnson

Johnson graduated from Aynor (S.C.) High School in 2008. In his senior year, he earned first-team all-state honors as selected by the Associated Press. Johnson played in the 71st-annual Shrine Bowl of the Carolinas. Rivals.com ranked him as a three star prospect, the 13th-best offensive center in the nation and the 17th-best player in the state of South Carolina. Johnson ultimately chose South Carolina over offers from Vanderbilt, Duke, Wake Forest, East Carolina, Kentucky, Maryland and N.C. State.

Johnson redshirted his first year on campus. In 2009, Johnson was named the Most Improved Offensive Lineman in the spring, and ended up starting every game. In 2010, he started all 14 of South Carolina’s games at center. In 2011 he started all 13 games at center. In his redshirt senior year, Johnson started in all 13 games, and set the University of South Carolina’s record for starts over a career. He was named to the Coaches All-SEC second-team. 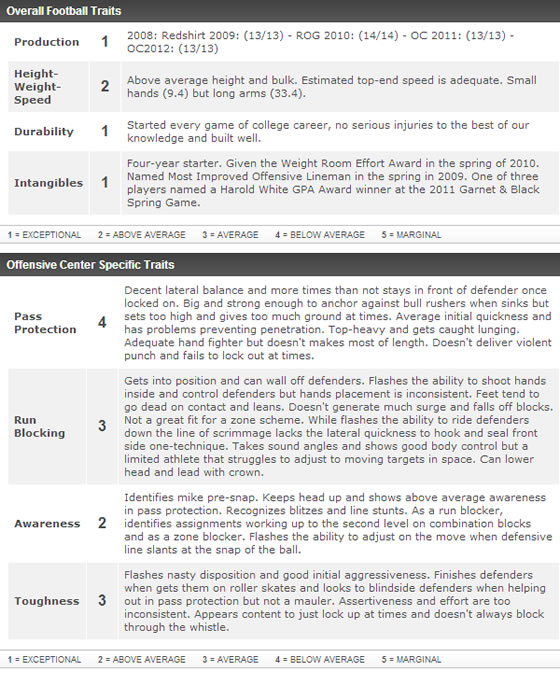