The Cincinnati Bengals have announced only nine invitees to this weekend's rookie minicamp. However, there's more according to reports.

Earlier on Tuesday the Cincinnati Bengals announced nine rookies and first-year players with local connections that will tryout for the team during this weekend's rookie minicamp. However that won't be the entire list.

According to GoErie.com, the Bengals also invited Dan Matha, who played for Indiana University of Pennsylvania.

Pittsburgh, Cleveland and Baltimore, Cincinnati's AFC North Division rivals, also showed interest in Matha as a rookie free agent since the conclusion of the April's NFL draft. However, Matha said talks between his agent and those teams broke down at various points.

Matha was named to the second team of the 2012 Don Hansen NCAA Division II All-America team as an offensive tackle.

What's more disturbing is the resemblance between Matha and Martin Keamy. 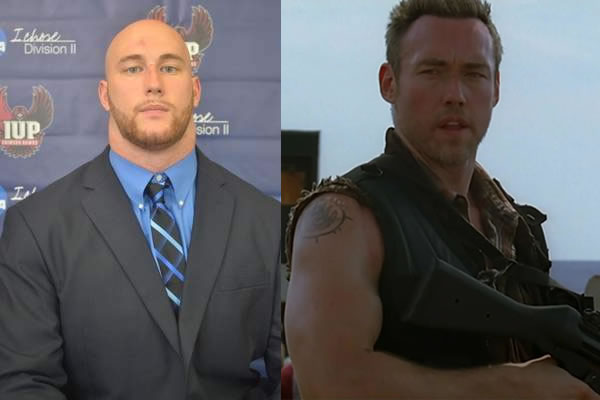