Wayback Machine: A look at Bengals.com through the years

It's Saturday during the season, which means our minds start wandering out of sheer boredom.

Share All sharing options for: Wayback Machine: A look at Bengals.com through the years

Taking a momentary break from other writing projects this weekend, the waves of internet surfing took me to Achieve.com, which caches sites through the years.

So we took a look at Bengals.com through the years.

2000: The primary website as it appeared since the dawn of the internet as we know it today. This appearance would stick around until September 2004. 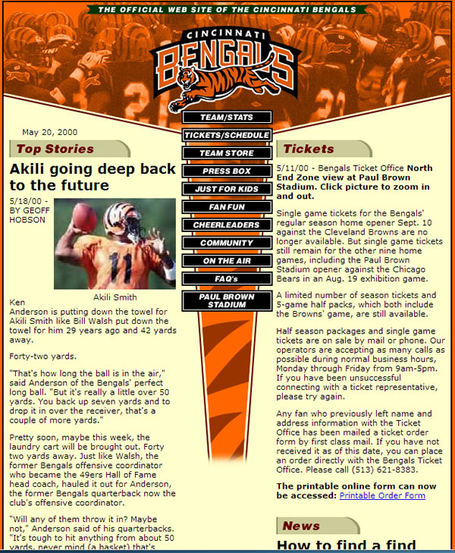 2004: The first major revision that added the exponentially and vastly increasing usage of online videos, available thanks to the growing availability of a cable modem and DSL. However, due to its bulky design that tried shoving videos down our collective throats, the design didn't last. 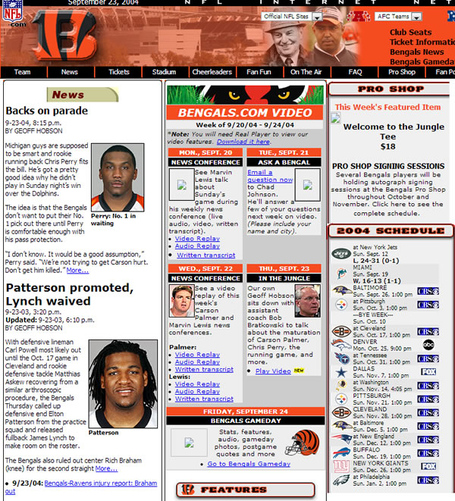 2005: Ah, that's better. The initial design that would be the basis for the team's website for the next seven years. 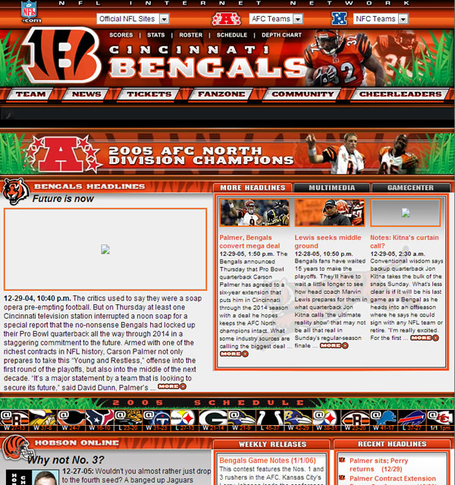 2007: Much more darker design, adding a black tint around the boards in the header background. 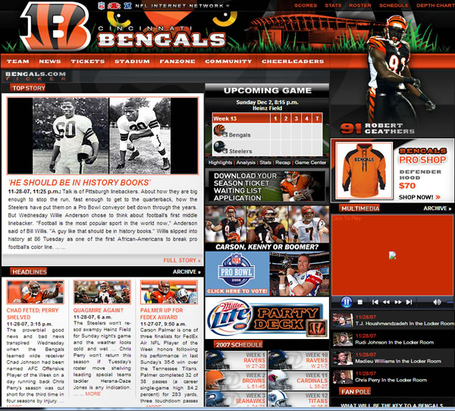 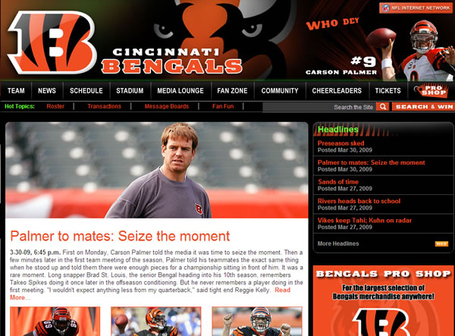