One of the interesting OTA notes coming out on Monday was the defensive alignment in the secondary.

Due to injuries and rehabilitation efforts with Dre Kirkpatrick and Adam Jones, both of whom are likely out until training camp, the Bengals placed a recently recovered Leon Hall with Terence Newman at cornerback while Brandon Ghee was also active as the third cornerback.

Since OTAs opened several weeks ago, Ghee has benefited from an assortment of injuries among cornerbacks which has translated into quality participation. Prior to Hall's return to 11-on-11 drills (he had been doing individual drills), Ghee was on the first-team defense alongside Newman.

The story of Ghee's rebuilding effort started around this time last year. After stringing together a great offseason, Ghee began to build an argument to make the 53-man roster. Last year, Hall said that Ghee "had been the best corner in May and June", clearly taking advantage of a position that was dealing with injuries early during training camp.

What was the motivation last year? When he got cut in 2011.

"I think the day I got cut was the day that changed my life to be honest with you," Ghee said. "I have learned how to compete (at the pro level). Over the past two years I was inconsistent. I would compete one day and not compete the next. I have to go hard every play. A lot of rookies, especially DBs, go through that maturity process and now I’m doing well."

It was a desire that forced Ghee to create huge expectations on a team loaded with defensive backs.

Unfortunately, the potential Cinderella story was cut short when Ghee suffered a wrist injury that ended his season. One year later, the story is being recycled and we're grateful. Along with being a good cornerback that's faced adversity with injuries, he's a good kid trying to make the best of a situation, once again climbing the steep latter to the 53-man roster.

Bengals safety Reggie Nelson, who picked off an Andy Dalton pass intended for Tyler Eifert on Monday, was paired with Taylor Mays at safety. Though we're not making significant conclusions during offseason training sessions, it's an interesting note that Mays is generating more first-team work over rookie Shawn Williams. At least per the reports from OTA, which are roughly 30 minute observations of a single practice per week. Mays worked with the first unit during Cincinnati's offseason sessions last week.

And it's early. Players that take part on first-team units in early June do have an early advantage entering training camp, providing a significant sample size by participating with a majority of the snaps. But Williams will receive his fair share of attention. Williams, selected less than six weeks ago during the NFL draft, is raw and requires more work during coverages -- eerily the same storyline attached to Mays since he entered the league in 2010.
This doesn't automatically suggest that Mays will start this year and the Bengals have contingencies if neither are ready. Chris Crocker is always on speed dial and Kerry Rhodes, the veteran safety that Cincinnati showed interest in, remains available.
That being said, it's safe to resume that the job is Mays' until Williams is ready to make his argument. And that might not happen right away.
As for Mays, we know the story. While he can make touchdown saving tackles, like where he tackled Ray Rice during the regular season opener with no Bengals defenders remaining in the second quarter... 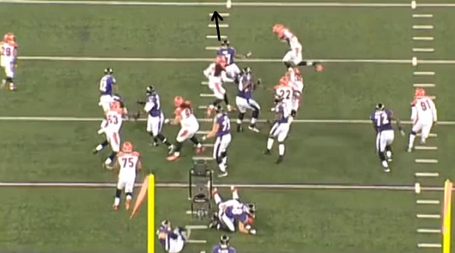 ... he'll struggle during deep coverage. Two plays after tripping up Rice, Mays was trailing Anquan Boldin during the receiver's 34-yard touchdown reception. The Bengals countered Baltimore's three-wide formation with nickel on the play, placing Nate Clements in the slot. When Clements blitzed, Mays stepped into man coverage against Boldin. 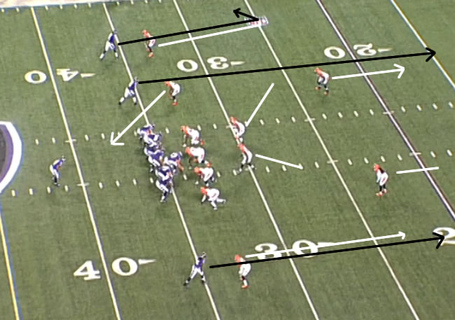 Michael Johnson, who narrowly beat Baltimore's seven-man protection, forced Joe Flacco to throw the football deep into the endzone, allowing enough air under the throw for Boldin to sprint underneath. 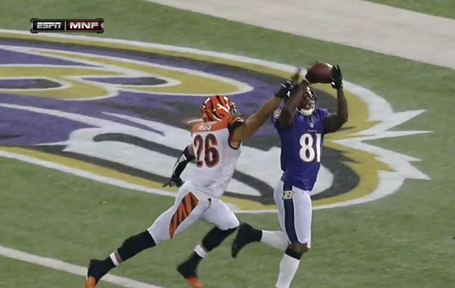 It was such a defeated performance for Mays, Cincinnati didn't even use him on defense the following week against the Cleveland Browns.

In fairness to Mays, that game carried the most weight against him. As the season marathon'ed, Mays' overall production improved. Significant? No. Enough to warrant hope that he could become something greater than what he is? Perhaps.

For example, in the fourth quarter against the Washington Redskins, Robert Griffin III tried connecting with Leonard Hankerson down the left harsh-mark. Mays and Adam Jones were locked into the receiver's hip. Hey. That's progress. 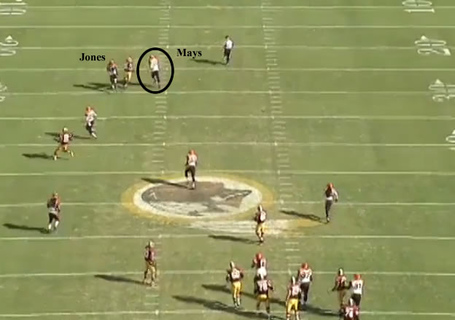 Though Mays would make random and infrequent appearances throughout the season, struggling to overcome roster deficits against Chris Crocker and Nate Clements, nothing came close to the melt downs he experienced against the Ravens in week one.

Quarterbacks not securing the backup job 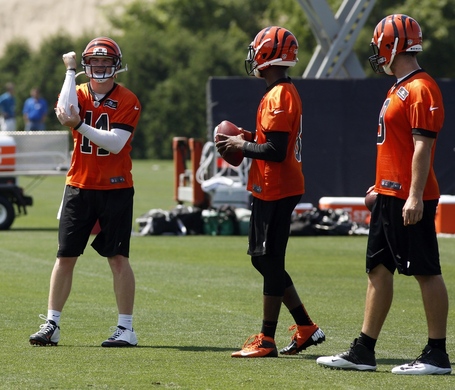 On Monday morning we made it a point that the Bengals would be worse-off if Andy Dalton suffered an injury, more than any position on the team. We didn't argue best player, or even most awesome. Just importance. Considering that no one commented on the story, we can only gather that we generated universal agreement, that no one read it or all of you have already given up on me.

Following practice on Monday, Bengals offensive coordinator Jay Gruden isn't disappointed nor panicking. However no one is grabbing the bull by the horns. Characteristic, actually, when you have to give your first-team quarterback a majority of the snaps while two others are fighting just for scraps (Robinson is currently hurt).

"They struggle sometimes, they do OK but its hard for them to get into a rhythm. It's not easy for them, "Gruden told Bengals.com. "John has had the toughest go because he is new to all of this. I don’t think he has ever worked in a West Coast offense. He came from Arizona. It’s totally different formations and pass protections, route concepts so he started from total scratch where Josh (had some experience in Tampa so he has a leg up. Zac has been here too for a couple years."

Based on the multiple references that the Bengals could use Josh Johnson in a read-zone package, it wouldn't be a stretch to suggest that the job is his to lose. But that brings into question of a true backup. Johnson and Dalton are worldly different quarterbacks. 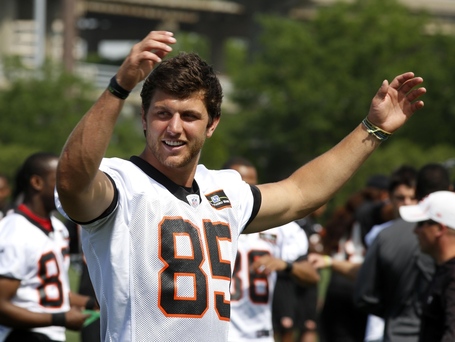 Cincinnati Bengals tight end Tyler Eifert (aka, the Eifert Tower), is one of 27 first-round picks from the 2013 NFL draft that remains unsigned after the Pittsburgh Steelers announced that outside linebacker Jarvis Jones has signed his four-year deal on Monday.

When asked about it, he wasn't worried.

Son. Learn how to milk the trivial offseason drama, will ya?

From other beat writers covering the Cincinnati Bengals. Joe Reedy points out the defense's second-team unit from Monday.

Cornerback Shaun Prater and safety George Iloka had "nice coverage on a deep ball intended for Tate off play action."