The veteran cornerback bought dinner for a homeless man looking for money.

Remember the story of Jermaine Gresham giving a homeless man $100? The story went like this. Gresham's car was parked at a parking meter that was expiring. A homeless guy noticed, dropped two quarters into the meter. Instead of receiving a $55 parking ticket for parking at an expired meter, a man with nothing gave generously to a complete stranger. Gresham gave the man $100 for in appreciation.

Andrew Whitworth picked up the tab for a funeral of a 17-year old junior who died earlier this year after suffering a neck injury. He said nothing about it and the only reason it became known was when the media got wind of it.

These stories happen far more often than anyone of us know. There is no media to follow these random happenings and usually these stories of generosity, when they do surface, are buried by the more sexy NFL headlines. And sometimes that's just a sad commentary.

Driving to the local convenience store to pick up sunflower seeds, Newman came across a homeless man asking for money. Newman asked, "what do you need it for" and the man, who sells empty cans for money, said that he was hungry. According to his Instagram account, Newman took the homeless man to Wendy's to buy him lunch. 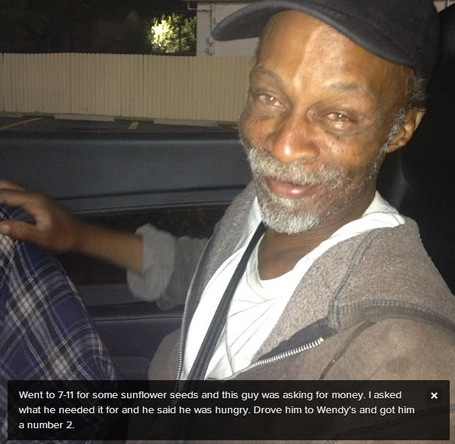 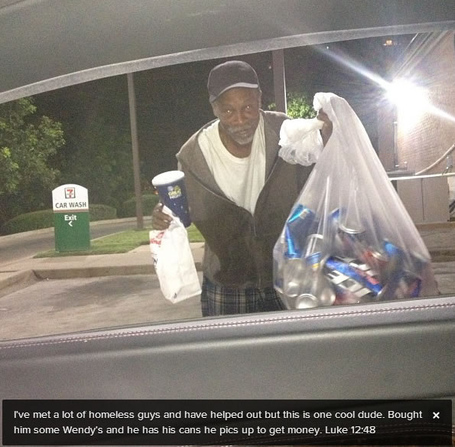 We're not sure if Newman drove his wicked awesome '67 mustang. But for all of the blanket and exhausted jokes that you hear about the Bengals, the reality is that this crew is far more kind and willing to give to random strangers than most people know.