Tale of the tape – Cincinnati Bengals vs Tennessee Titans

Forget X's and O's. Let's dive deeper into what really matters as the Bengals face off against the Titans this week.

Share All sharing options for: Tale of the tape – Cincinnati Bengals vs Tennessee Titans

This weekend the Bengals take on the Houston Oilers/Tennessee Titans. When I looked at the all time record between these two teams I thought to myself, "There is no freaking way these teams have played each other this much." The Bengals lead the all time series with 40 wins, 30 losses and 1 tie. While this is just another preseason game, there are many interesting match-ups between the two teams. I outlined a few of them below. 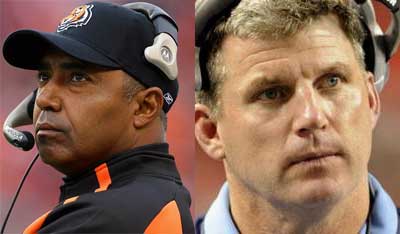 One coach changed the culture of a franchise. No longer are we wondering if the Bengals are going to earn the first pick in the draft. We now worry about who our first round opponent will be in the post season. Marvin has been much debated, but no one can argue what he has done for this team and the culture. Munchak on the other hand, had this to say when interviewing for the Titans head coaching position.

"I'm not a networker," he said. "So when it came time for one of the important parts of the interview, identifying which coaches I'd try to hire on my staff, I didn't really know a lot of them."

In his defense he did mention he prepared for 48 hours leading up to the interview. 48 hours? Coaches on average spend around 72 hours preparing for each game in the NFL. So apparently when trying to land the most important job in his life, the preperation for this guy equates to about as much time as it takes for Jack Bauer to crush two seasons of terrorists. 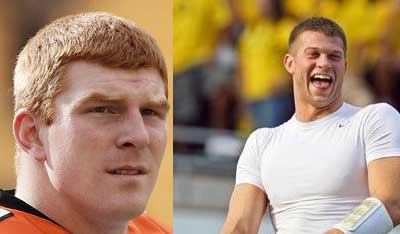 In looking at the names above the Titans seem to have the poor mans version in both instances. Dalton has taken the Bengals to the playoffs in all of his NFL seasons, while Jake Locker holds the Titans record for fastest first round draft pick to break the hearts of fans by injuring his non throwing shoulder.

Josh Johnson is a mobile quarterback that gains huge chunks of yards with his feet. Ryan Fitzpatrick uses his feet to move around the pocket just long enough to allow a defender to come in and jar the ball lose. Bonus points to the Titans for allowing a Bengals castoff to man the most important position for the offense.

If A.J. Green were listed this is a runaway. As it is Washington and Britt look like an impressive receiving duo on paper. Much of the success of the wide outs is determined by the man throwing them the ball. In the case of the Titans, unless Chris Johnson gets a halfback pass, the best passes these guys will see are in the pregame warm-ups.

At one time Chris Johnson looked like a stud. He lit the NFL (and fantasy) world on fire by picking up huge chunks of yards and became a household name. Now, he has his sights set on new records. He wants to hold the record for most annoying tweets by a player who used to be at the top of his game.

Green-Ellis has the added benifit of being pushed by rookie Giovani Bernard and a strong offensive line to open up holes.

The Titans gave up the most points in the entire NFL last season. The Bengals have this guy: 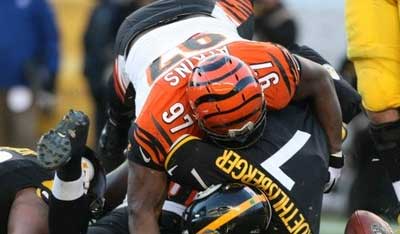 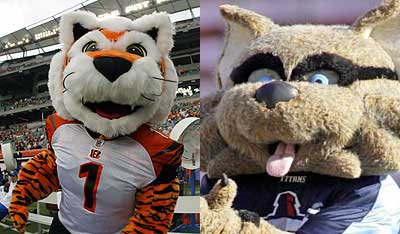 The Bengals mascot is a Bengal Tiger named WhoDey. The Titans mascot is a raccoon named T-Rac. In the wild I wonder which animal would come out on top?

Freezer Bowl Vs. The music city miracle (aka: the forward pass)

The coldest game in NFL history that almost every fan of that era claims to have been at was a great moment for the Bengals. It was the kind of game were men stepped up and came through in one of the worst game environments imaginable. The Titans greatest moment was a forward pass that was ruled as a lateral to ensure parity in the NFL.

Duel of the shirtless runners 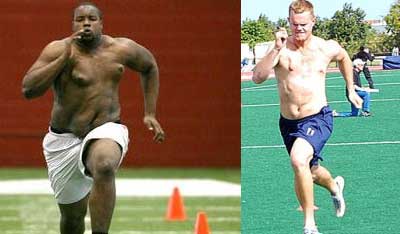 It seems that everything the Titans do is a cheap knockoff of what the Bengals have done. You can't touch our first round lineman running the 40 no matter how hard you prance Rusty. 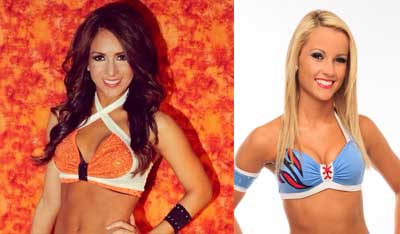 GREATEST ACCOMPLISHMENT: Becoming a dual degree graduate with four minors and subsequently landing my dream job in Cincinnati - at age 19.

Favorite aspect of being a Titans Cheerleader: Having a group of close girlfriends I can rely on. This team is more than a team, it's a family.

Most Prized Possession: My wedding ring - the diamonds are from my grandmother's wedding ring.

So the Bengals offer a beautiful young woman, who at the age of 19, finished college with two degrees. She currently holds a job in reaserch and product design. The Titans offer a secretary who thinks she is in a sorority and loves nothing more than being married.

By my calculation, this games looks like a blowout. WhoDey!